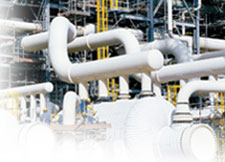 The PNG LNG project is one of the frontrunners of the several LNG projects coming up in the Australasian region, along with another oil giant Chevron Corporation-led Gorgon LNG project in Western Australia.

In December, Exxon and its partners agreed to go ahead with the PNG project anticipating future demand for clean fuel in the fast-growing Asia Pacific region, as the global economy has started to recover from the recession. (See: Exxon-led group to develop $15-billion PNG LNG project)

The proposed project is located in the Southern Highlands and Western provinces of PNG with liquefaction and gas storage facilities near the capital Port Moresby. Both the locations will be connected through a 700-km pipeline for the transportation of natural gas. The PNG LNG project is designed to produce 6.6 million tonnes per annum (MTPA) of liquefied gas annually for export to international markets.

The total cost of the project is estimated at $15 billion and first LNG deliveries are expected in 2014. Over the 30-year life of the project, an estimated 9 trillion cubic feet of gas will be produced.

The PNG LNG project will be funded through co-ventures and debt, the company said. In December, US Export-Import Bank agreed to provide $3 billion in funding for the project.