Liberty House to bid for bankrupt Essar project in the US

British metals group Liberty House, which this week agreed to buy Arcelor Mittal's Georgetown Steelworks plant, is in the race to buy the former Essar project in Nashwauk in the US from a bankruptcy court, in order to expand its presence in North America. 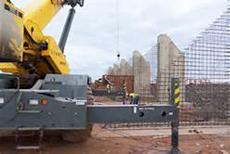 Essar had invested around $1.8 billion into the Nashwauk project over several years but walked away from it in late 2015 due to shortage of cash even after having taken over $1 billion in debt from a consortium of Indian banks to fund the project.

ESML filed for Chapter 11 protection in the US in July 2016.

Its current turnover is approaching $6.8 billion and it employs over 4,000 people globally.