Minority shareholders in Essar Energy have rejected a $1.5 billion (£900 million) bid by majority shareholder Ruias to acquire 22- per cent shares of the company saying the offer undervalued the group. 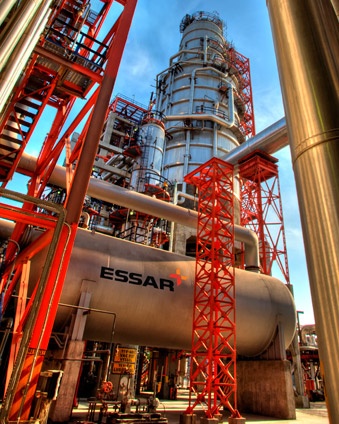 Billionaire Ruia brothers, through their Essar Global Fund Ltd, own more than 78 per cent of the shares in Essar Energy.

On 17 February, Essar Energy announced that it had received a possible offer from its 78.02 per cent shareholder EGFL for the ordinary shares in the company that EGFL does not already own.

Following this, Essar Energy said, the company set up an independent committee of its board of directors to consider its terms and, in particular, to protect the interests of the company's minority shareholders. The committee had subsequently sought feedback on the proposal from a number of stakeholders.

After considering the Ruias' proposal and the feedback from shareholders, the committee has unanimously concluded that despite the current operational and Indian macro-economic challenges facing the business, a possible offer price of 70p per ordinary share clearly undervalues the company and its future prospects.

Essar Energy had appointed Greenhill & Co to act as an independent financial adviser alongside JP Morgan Cazenove to advice the independent committee, in accordance with latest guidelines issued by the Association of British Insurers.

Essar, however, said, ''There can be no certainty that any firm offer for the company will be made nor as to the terms on which any firm offer might be made.''

The company said it would make further announcements on the matter at the appropriate time.

The committee said it had taken into account the fact that Essar Energy is part of the Essar Group, which is headquartered in Mumba.

Essar said last week that EGFL had made a possible offer of 70 pence per share for the 22 per cent stake it does not already own in the company.

Minority investors such as Henderson Global Investors and Standard Life were vocal about their displeasure with the proposed offer, which they felt undervalued the company.

Ruia brothers - Ravi and Shashi Ruia - are founders of the privately-owned Essar Group whose interests span energy, telecoms, steel and shipping. They are also 'beneficiaries' of EGFL.