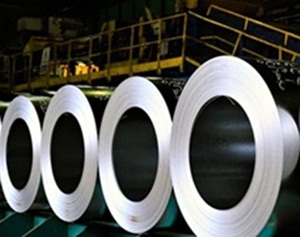 The NCLAT also revised the approved claims of operational creditors to Rs19,700 crore, up from Rs5,000 crore, stating that there was a large disparity in the claims and the data provided to the NCLAT. The total claims of financial, operational creditors now stand at Rs69,192 crore
The NCLAT also ruled that the committee of creditors (CoC) does not have the authority to decide on the distribution of the bid amount as the responsibility lies with the insolvency resolution professional.
The appellate tribunal had on 21 May heard the submissions of all the parties and reserved its judgment in the case.
The distribution of amount for all operational and financial creditors will now be reflected in ArcelorMittal's resolution plan. The Committee of Creditors (CoC) will have no role in this distribution.
The NCLAT allowed the claims of operational creditors, including Dakshin Gujarat, Gujarat Energy, BPCL, IOCL, GAIL, ONGC and NTPC.
ArcelorMittal had told NCLAT that it would pay Rs 42,000 crore, including a minimum of guarantee of Rs 2,500 crore as working capital, for acquiring debt-laden Essar Steel under the insolvency process.
In April, the Supreme Court halted distribution of funds among operational and financial creditors under the resolution plan. This was after the lenders to Essar Steel challenged a direction of the NCLAT asking the resolution professional (RP) to call a fresh meeting of the committee to consider the redistribution of funds among the creditors.
ArcelorMittal’s Rs42,000 crore resolution plan for Essar Steel was approved by the NCLT on March 8. In its judgment, the NCLT had observed that though it did not want to change the resolution plan approved by the CoC, it would suggest the lender to reconsider distribution of dues and give 15 per cent of the total offer to operational creditors.
The Lakshmi Mittal-led company has been fighting for the control of Essar Steel for nearly two years. The promoters of Essar Steel, meanwhile sought to trump ArcelorMittal’s bid with a settlement plan of Rs54,389 crore, who offered to pay off the entire debt. The plan was, however, rejected by the NCLT.
ArcelorMittal’s bid includes an upfront payment of Rs42,000 crore towards the debt resolution of Essar Steel, with an additional Rs8,000 crore of capital infusion into the company to support operational improvement, increase production levels, and deliver enhanced levels of profitability.
The CoC had, in October 2018, had voted to approve ArcelorMittal’s plan and had issued a letter of intent.
MORE REPORTS