ArcelorMittal, Ruias and Tatas to vie for debt-laden Essar Steel

Global steel makers ArcelorMittal and Nippon Steel will vie with Tata Steel and a consortium of Russia's VTB Capital and the Ruia family are expected to bid for debt-laden Essar Steel, as the deadline for submitting binding bids for the debt-laden steelmaker closes today. 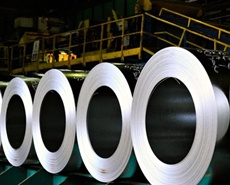 Mining baron Anil Agarwal's Vedanta Ltd and Sajjan Jindal's JSW Steel, who were earlier tipped to be among the contenders for Essar Steel, which is currently under corporate insolvency proceedings, have decided to not bid for the asset, sources close to the development said.

The liquidation value of Essar Steel, which operates a 10 million tonne capacity steel plant in Hazira, Gujarat, has been fixed at Rs20,000 crore, they said.

Sources also said the bids by ArcelorMittal and Mauritius-based Numetal could face legal challenges even as the prospects of a three-way challenge remain.

ArcelorMittal itself has been a corporate defaulter as a shareholder in distressed steelmaker Uttam Galva Steel, which is also in the Reserve Bank of India's (RBI) second list of companies set to face bankruptcy proceedings. NuMetal too may face scrutiny under the amended bankruptcy laws that bar defaulting promoters from bidding for the assets.

Essar Steel is facing corporate insolvency proceedings under the National Company Law Tribunal (NCLT) after it defaulted on bank loans in December 2015.

Essar Steel owed lenders around Rs45,000 crore, of which Rs31,671 crore had become non-performing as of 31 March 2016. The company owes as much as 93 per cent of this amount to a consortium of 22 creditors led by State Bank of India.