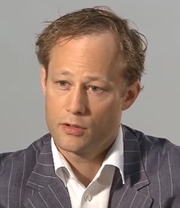 Ericsson, the world's largest maker of telecom equipment, today said that it would buy Microsoft Corp's Mediaroom IPTV business, which is used by phone companies such as AT&T to deliver television over the Internet.

The Stockholm-based company did not reveal the financial terms of the deal, but said that the deal would make the company, the leading provider of IPTV and multi-screen solutions with a market share of over 25 per cent.

The services can be delivered to the consumers on a range of devices inside and outside the home, including wired and WiFi set top boxes, Xbox 360, PCs, tablets, smartphones and other connected devices -over both operator's managed IP networks as well as Over The Top unmanaged networks.

As of November 2012, Media Room had more than 22 million set-top boxes deployed in more than 11 million households through 40 of the world's leading operators, making it the largest deployed commercial IPTV middleware platform with a 23 per cent global market share.

Per Borgklint, senior vice president and head of business unit support solutions at Ericsson said, "Ericsson's vision of the Networked Society foresees 50 billion devices to be connected via broadband, mobility and cloud. Future video distribution will have a similar impact on consumer behavior and consumption as mobile voice has had. Ericsson will be powered with senior competence and some of the most talented people within the field of IPTV distribution."

Microsoft will now focus on Xbox for entertainment apps by building a "Cloud TV" platform. "With the sale of Mediaroom, Microsoft is dedicating all TV resources to Xbox," read a statement from Microsoft's official blog.