Eli Lilly to acquire Loxo Oncology for $8 bn in cash

US drug maker Eli Lilly on Monday announced a $8 billion deal to acquire Loxo Oncology, in a move that will expand Lilly's oncology portfolio with precision medicines through the addition of a marketed therapy and a pipeline of highly selective potential medicines for patients with genomically defined cancers. 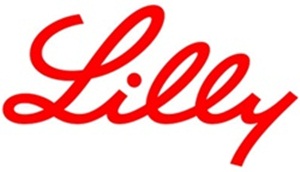 Lilly will commence a tender offer to acquire all outstanding shares of Loxo Oncology for $235 per share, or approximately $8.0 billion, in cash.
The price represents a 68 per cent premium to Loxo’s closing share price on Friday, which some Wall Street analysts said was high for a company with only one drug on the market that it shares with a partner.
Connecticut-based Loxo Oncology is a biopharmaceutical company focused on the development and commercialisation of highly selective medicines for patients with genomically defined cancers.
The acquisition will be the largest and latest in a series of transactions Lilly has conducted to broaden its cancer treatment portfolio with new acquisitions.
Loxo Oncology's pipeline includes LOXO-292, an oral RET (or genes that gets rearranged during transfection) inhibitor being studied across multiple tumour types, which recently was granted Breakthrough Therapy designation by the FDA and could launch in 2020.
Loxo Oncology's `Vitrakvi’ (larotrectinib) is an oral TRK (or Tyrosine Kinase Receptor) inhibitor developed and commercialised in collaboration with Bayer that was recently approved by the FDA.
Vitrakvi, priced at $32,800 per month, and experimental follow-up drug LOXO-195, on which Bayer is also a partner, together could generate annual sales of about $750 million, say analysts.
Bayer said it does not expect the Lilly deal to impact its contract with Loxo for the time being.
Loxo gained prominence in 2017 with impressive clinical trial results showing its drug to be highly effective on cancers driven by a single gene mutation known as TRK fusion, regardless of where in the body the tumours originated.
Eighty per cent of patients with more than 17 different types of advanced cancer but all with the same genetic mutation, and had run out of other treatment options, had experienced dramatic, often long-term improvement after receiving Loxo’s first drug, larotrectinib.
Targeted therapies offer potentially dramatic results if patients are correctly identified, and are seen as a potential alternative to chemotherapy that has many adverse side effects.
The Connecticut-based company won US approval in November for the treatment under the brand name Vitrakvi, which is sold in partnership with Bayer AG. Lilly said it “very much” wants to continue the agreement with Bayer, which sells Vitrakvi outside the United States and shares US commercial costs and profits with Loxo.
Loxo is also developing LOXO-292 targeting a different rare gene mutation, and analysts have forecast eventual annual sales of over $1 billion. Lilly would gain full control of that drug as it is not part of Loxo’s Bayer collaboration.
Loxo Oncology is developing a pipeline of targeted medicines focused on cancers that are uniquely dependent on single gene abnormalities that can be detected by genomic testing.
Loxo Oncology has a promising portfolio of approved and investigational medicines, including LOXO-292, a first-in-class oral RET inhibitor that has been granted Breakthrough Therapy designation by the FDA for three indications, with an initial potential launch in 2020.
Lilly’s oncology portfolio includes lung cancer chemotherapy Alimta, which had third-quarter sales of $520.5 million.
The cash deal comes on the heels of Bristol-Myers Squibb Co’s agreement last week to buy Celgene Corp for $74 billion in the largest pharmaceutical deal ever, signalling a new wave of mergers and acquisitions in the healthcare sector.
MORE REPORTS