Kodak to turn drug maker with $765 m US govt loan

Eastman Kodak Co on Tuesday announced plans to shift to production of pharmaceutical ingredients with a $765 million government loan under the Defense Production Act, CNB quoted James Continenza, CEO and executive chairman of Eastman Kodak, as saying in an interview. 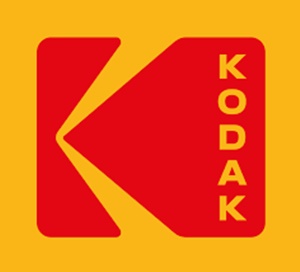 Kodak, which is known more for its cameras and imaging business, will now produce active pharmaceutical ingredients (API) in the country, helping reduce dependency on other countries by strengthening domestic supply chains.
The company’s shares were trading at $8.80 after closing at $2.62 in the previous session.
The US International Development Finance Corp said on Tuesday it would sign a letter of interest to provide the loan to Kodak.
The Trump administration has been looking to bolster the ability to produce drugs and their raw materials in the United States after the Covid-19 pandemic exposed the industry’s dependence on China and India for its supply chain.
"This is the beginning of American independence from our pharmaceutical dependence on foreign countries," White House trade adviser Peter Navarro said in an interview with Fox Business network.
In May, the administration awarded a contract worth up to $812 million for a new US company to manufacture drugs and drug ingredients in the country.
New York-based Kodak, which was founded in 1888, has a market capitalisation of $114.6 million. The loan will allow it to launch Kodak Pharmaceuticals, a new arm of the company that will produce critical pharmaceutical components.
“By the time this thing ramps up, 25 per cent of the (active pharmaceutical ingredients) for generics we need in the United States is going to be right at that facility,” Navarro said in the interview.
Kodak’s stock rallied more than 200 per cent on Tuesday after the Trump administration announce the plan.
The company emerged from a 2011 bankruptcy in 2013, and its shares tumbled from a 10-year high of $37.20 on 9 January 2014, to a low of $1.55 on 23 March this year.
“Never again do we want to rely on shipments from China or elsewhere in order to get lifesaving medical supplies,” New York Gov. Andrew Cuomo said in a statement.
Kodak, which is based in Rochester, N.Y., and has a long history of manufacturing chemicals used in photographic film, now plans to support “America’s self-sufficiency in producing the key pharmaceutical ingredients we need to keep our citizens safe,” Kodak’s executive chairman, Jim Continenza, said in a statement.
The Trump administration said the Kodak deal is the first of its kind and uses powers afforded by the Defense Production Act. The administration previously used these powers to demand that Ford Motor Co begin manufacturing respirators and masks and that General Motors Co make ventilators.
However, it has awarded $354 million to Phlow Corp in May to start producing active pharmaceutical ingredients, among other chemical ingredients, used in certain essential medications. The total contract is worth up to $812 million. Phlow cites a shift toward producing API in China and India as the rationale behind its business model.
Drug makers largely do not manufacture API in the US, and many have instead turned to lower-cost countries like China and India to source some or all of their API.
Before the COVID-19 pandemic, there had been growing concern in the US about where API were manufactured, driven in large part by generic-drug shortages and questions about the integrity and stability of the Chinese and Indian supply chains, especially as tensions with China have accelerated during a US election year.
Only 28 per cent of the manufacturing facilities making ingredients used in drugs sold in the US were produced domestically, as of August 2019, according to the Food and Drug Administration.
Most of the remaining facilities producing ingredients for American pharmaceuticals are in China (13 per cent), the European Union (26 per cent) and India (18 per cent).
MORE REPORTS