Hospitality major EIH Ltd is looking to enter China and Southeast Asian countries such as Thailand as it bids to emerge a truly international brand. The company is already in ''active'' discussion to manage a property in Thailand, company's chairman PRS Oberoi said after the 64th annual general meeting of the company. 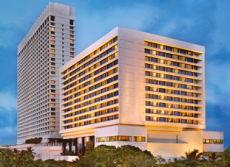 "We are looking at China and Thailand markets and talks are on. Thailand has been through some rough times and that had some impact over the plans but the planned properties in China and Thailand would only be managed by EIH," Oberoi told reporters during a press conference.

Addressing the AGM, Oberoi said construction of the 252 room, The Oberoi, Dubai which is located at Business Bay, is progressing well and the hotel is expected to open in the second quarter of 2012. This hotel will be managed by a wholly owned overseas subsidiary company.

Planning of The Oberoi, Marrakech (Morocco) has been completed and construction is expected to commence shortly; this hotel will be managed by a wholly owned overseas subsidiary company. The hotel is expected to open in 2014. In addition to the hotel, branded residences for sale are planned on an adjacent site after the hotel opens.

The hospitality major has been following an asset light strategy, especially since the last couple of years. Oberoi said during that the company had opened a property in Dubai in June 2013 and construction of an luxury beach resort in Ajman, UAE, The Oberoi Marrakech are underway.

On the domestic front, the firm plans to invest about Rs1,000 crore for the two properties in Bangalore and Goa. Both the properties are awaiting environmental clearances.

"The Oberoi Group continues to be recognised internationally by travellers as being amongst the best hospitality groups worldwide. This is a source of pride and satisfaction for all of us. For instance, Travel + Leisure, a leading international travel magazine, has, in a recent readers' poll, ranked three Oberoi hotels 1st, 3rd and 4th in Asia.

The Bangalore property is a larger project with 250 keys and about 65 apartments while the Goa project is an 80 room property with over 10 villas. Construction should start next year during this time, said vice chairman and CEO SS Mukherji.

According to company management, the Bangalore property could take four years to complete once construction begins while the Goa project could be finished in two years.

Two hotels to be managed by EIH in Cyber City, Hyderabad are under construction. Trident, Hyderabad consisting of 326 rooms and suites is expected to open in the third quarter of 2012 followed by The Oberoi, which will have 220 rooms and suites and will open in 2013.

Construction of the Navi Mumbai property is expected to start after the monsoon. It will be built on the land owned by Reliance and EIH would manage the property. Reliance Industries chairman Mukesh Ambani's' wife Nita Ambani is also on the board of EIH.

In 2010, Ambani was brought in as a white knight in EIH by EIH chairman P R S Oberoi to ward off any threat from ITC. Nita Ambani, however, was not present at today's AGM.

Oberoi said things are looking better now and an uptick in average room rates and occupancy could arrive during the third quarter.

"The second quarter is traditionally the worst for the industry but we are hopeful that things could improve from October onwards," Oberoi said by adding that the new government's serious focus towards travel and tourism sector is one of the main cause of optimism for the hotel company.

Mukherji said ARR and occupancy would most likely stay flat in the second quarter of current fiscal.