On the 31st anniversary of the Bhopal gas tragedy, the lessons that should have been learnt have failed to penetrate. 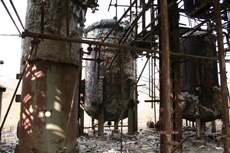 The Public Liability Insurance Act, 1991, was enacted after the tragedy and was meant to provide immediate relief to victims of accidents involving hazardous industries.

However, activists claim that provisions under the Act are not being enforced by collectors, who were identified as authorities for its implementation.

''The Act was formulated in the aftermath of the Bhopal gas tragedy. It has stringent provisions and even provides for imprisonment up to three months and a fine, or both, on defaulters who fail to take out insurance policies or contribute to the relief fund,'' said environmental expert and retired PCCF R N Saxena.

''The Act was aimed to be a no-guilt Act which enables payment of relief without having to establish whether the business is responsible for the accident or not. The Act was an attempt to address the problems faced by victims of the Bhopal gas tragedy in getting compensation,'' added International Campaign for Justice in Bhopal volunteer Nityanand Jayaraman.

''Most collectors in districts do not know about the existence of the relief fund. In Tamil Nadu, victims of a chlorine gas leak were denied relief for three years even though the objective of the Act was to ensure immediate payment of relief.''

Section 4 of the said Act provides for owners of businesses involving hazardous substances to take out an insurance policy to cover liabilities emanating from accidents leading to death, injury or damage. Moreover, Section 7 A (i) and (ii) provide for establishment of an environmental relief fund by the central government, which would be used for payment of relief to victims of accidents in hazardous businesses under the provisions of the Act.

The Act also provides for the owner of businesses to take out insurance policies that cover liabilities not less than the paid-up capital of the business and not more than Rs50 crore.

''I will have to examine specific aspects in individual districts before I can comment whether industries are taking out insurance policies to cover liabilities and whether the environmental relief fund is being created at the district level,'' said Abhishek Singh, director, gas relief and rehabilitation department, government of Madhya Pradesh.