US mass media company Discovery Communications Inc yesterday said that it had raised its stake in its joint venture Oprah Winfrey Network (OWN) to more than 70 per cent. 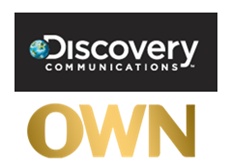 Discovery, owner of Discovery Channel, Animal Planet and others, paid $70 million to acquire an additional 24.5 per cent stake in OWN from Harpo Inc, taking its total stake to 70 per cent.

This transaction represents Winfrey's first payment from Harpo, Inc.'s ownership stake in OWN in the 10 years since forming the joint venture with Discovery.

Winfrey's Harpo, Inc. will retain a significant minority interest in OWN and Winfrey will continue in her role as CEO, with her exclusivity commitment to the network extended through 2025.

Launched in 2011, OWN has become the #1 network for African-American women with the top four original scripted series on ad-supported cable.

The network is led by hit series including Queen Sugar and Greenleaf, the top two original series on all of television Wednesday nights for African-American viewers.

''Creating OWN and seeing it flourish, supported by Discovery and a rapidly growing group of the finest storytellers in film and television, is one of my proudest achievements,'' said Winfrey.

''I'm thrilled with the network's success and excited about this next chapter in our partnership. Together, we'll continue to inspire our viewers with real-life stories that are emotional and entertaining, connecting them to each other and to their greatest potential,'' she added.

''This transaction allows Discovery and Oprah to unlock more value from our partnership; extends once more her commitment to the network; and lets us continue our strong work together to nourish OWN viewers with the content they love,'' said, David Zaslav, president and CEO of Discovery.

Based in Maryland, Discovery has a portfolio of nonfiction, lifestyle, sports and kids content brands including Discovery Channel, TLC, Investigation Discovery, Animal Planet, Science and Turbo/Velocity, as well as OWN.

Its television networks are available in more than 220 countries and it has 3 billion viewers.