Dell considering options like merger with VMware or IPO

Dell Technologies yesterday confirmed that it is considering several options, including merging with VMware or a public offering of Dell. 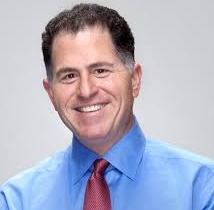 Earlier this week, CNBC had reported that Dell Technologies could emerge as a public company through a reverse-merger with VMware, the $50-billion cloud computing company it controls.

Dell offered no details about how a deal with VMware would be structured and reiterated in the statement that "nothing has been decided and alternatives are just being considered at this stage."

VMware, which saw its shares rise 1 per cent in pre-market trading on the news, issued its own statement yesterday, but offered no details about a potential deal with Dell.

"Dell has been a tremendous partner since it became our majority owner and as we've accelerated our growth," said VMware CEO Pat Gelsinger, in the statement. "We look forward to Dell's continued support as we work to execute our growth plans in the years ahead."

VMware was highly prized when Dell acquired it trough the EMC acquisition for $67 billion, in the bargain acquiring 80 per cent of VMware, an early pioneer in virtualisation technology. With this process, companies can run large computers in their data centres more efficiently by packing multiple "virtual" computers on a single piece of hardware.

Merging with VMware would provide access to VMWare's $11.6 billion in cash, and help Dell lighten its $52.5- billion debt burden.

''We view a reverse merger of Dell by its majority-owned subsidiary, VMware, as potentially the most beneficial alternative for Dell and Silver Lake,'' Wells Fargo Securities LLC analysts wrote in a research note.