Leading computer maker Dell on Monday declared it would support startups in India as they were working on solutions that were unique and ''disruptive''. 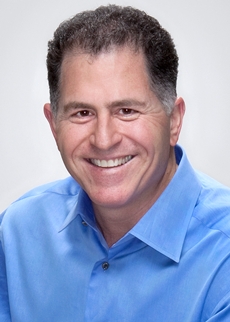 "We will support startups with technology, scaling up and capital wherever it is required as we want to be the entrepreneurs' best friend," Dell Inc chief executive Michael Dell told reporters at an interactive session in Bengaluru.

Lauding the Indian startup ecosystem, he said the landscape was very different from what it was four or five years ago and had improved dramatically.

"I met several interesting startups in Bengaluru, including InMobi and others. They are doing amazing work," he said.

Ruling out making smartphones, Dell said only one or two firms were making profits in it and quite a few of them were losing substantial money in that business.

"One of our competitors which recently acquired another large smartphone company has lost $1 billion (Rs6,666 crores) in the smartphone business. We will focus on our business as there is enough opportunity," he said.

Asserting that going private had helped him personally and his firm a lot, Dell said this had fired up the employees and decision-making has bocame faster.

"Going private is allowing us to focus on future for two or five years. Employee satisfaction is at the highest this year since we went private (in 2013) and (revenue) growth has been good in the last 10 quarters," he said.

"Almost 20 per cent of my time is freed up now, which I am spending with customers, products and team members," he noted.

Noting that India business growth at 30 per cent in 2014 was the highest globally for the company, Dell said India was the third largest market for its products and services.

"We are expanding and making investments in all our businesses in India, including services, R&D, data centre, Dell global finance, support services and manufacturing," he said.