The Income Tax Appellate Tribunal (ITAT) has upheld the capital gains tax demand of Rs10,247 crore on British oil major Cairn Energy Plc on the successive sales of its Indian assets to Cairn India and further to Vedanta Group, raising the spectre of the controversial retrospective amendment to the law. 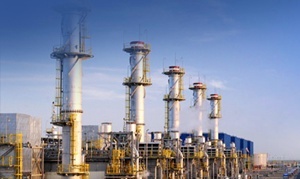 In an order issued on Thursday, the I-T Appellate Tribunal (ITAT), however, provided relief to the company on interest charges of Rs18,800 for delayed payment of tax, on the ground that this was a retrospective levy.

Cairn has the option to challenge the ITAT ruling in a high court, but has to pay the tax if the court does not rule in its favour.

The ITAT decision comes amidst an ongoing international arbitration proceeding between Cairn and the government.

The ITAT said keeping the issue unnecessarily pending on the plea that a related case was under international arbitration would not be proper, as there was no timeline available about the disposal of the latter case.

Also, ITAT observed, its ruling could well be applied to the arbitration proceeding as well. A final hearings on the arbitration matter would happen in January 2018, according to reports.

Tax experts hold that the ITAT order will be seen as unfriendly by foreign investors while officials of the I-T department said the move will bolster India's position in the international arbitration tribunal.

The ITAT ruling is based on section 9(1) (i) of the I-T Act, which says an indirect transfer of assets situated in India would be liable to be taxed in this country if the value of such assets exceeds Rs10 crore and represents at least half the total value of assets owned by the company.

Cairn Energy Plc did not comment on the order.

I-T officials said Cairn had made several layers of companies and transactions with the specific intent of evading tax in the sale transaction.

''It was a very deliberate attempt to evade taxes. It is a big decision for the department. All wings of the department, including assessment, board, dispute resolution and officers, worked closely and in a coordinated manner to present a good case before the ITAT,'' he said.

Cairn UK transferred shares of Cairn India Holdings to Cairn India, as part of an internal group reorganisation in 2006-07. The company is reported to have made capital gains after an initial public offer (IPO) of shares by Cairn India.

Cairn UK made a capital gain of Rs24,503.5 crore according to the I-T department.

Later, in 2011, Cairn Energy sold Cairn India to mining billionaire Anil Agarwal's Vedanta Group, barring a minor stake of 9.8 per cent. It wanted to sell the residual stake as well but was barred by the I-T department from doing so.

The government also froze payment of dividend by Cairn India to Cairn Energy; it recently agreed to lift that freeze.