Vedanta Resources has more reasons to worry than its tax and mining woes and shareholder activism at home. 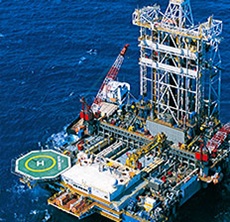 Vedanta, which bought Cairn Energy's Indian assets to enter the oil and gas sector in a $2.3 billion deal, may now face opposition from Cairn India's former parent, over its plans to merge of Cairn India with Vedanta's Indian flagship sterlite.

Cairn Energy's objections were over "fundamental disagreements over valuations", and its preference for "holding an investment in an energy company rather than a distributed resources group," the newspaper said, citing sources with direct knowledge of the matter.

Cairn Energy officials have also raised concerns regarding the Rs16,647 crore ($2.6 billion) cash reserves of Cairn India, which, analysts have said, might be used by Vedanta to part-retire the latter's Rs37,000 crore ($58 billion).

Cairn Energy is the single largest minority shareholder in Cairn India with a little less than 10-per cent stake, with Vedanta controlling 59.88 per cent.

Under market regulator Sebi's new shareholder protection law, which requires an approval of more than half of the minority shareholders to go through, Vedanta may face problem in pushing through the merger.

As per the terms of the merger, for each stock held, shareholders of Cairn India will get one ordinary share and minority shareholders will receive an additional 7.5 per cent redeemable preference shares of Vedanta, which can be redeemed at the face value of Rs10 at the end of 18 months. The transaction represents a 7.3-per cent premium to Cairn India's 12 June closing stock price.

Meanwhile, reports said, Cairn India, which operates the country's largest onshore block at Barmer in Rajasthan, may get its lease extended only for certain sections of the block and not the total area.

The law ministry has opined that the government could consider extending the production sharing contract (PSC), which is to expire on 14 May 2020, only for the areas where actual production activity has been undertaken and not for the entire block, reports quoted sources close to the development as saying.