British oil explorer Cairn Energy has filed a dispute notice against India's Income Tax Department over a $1.6-billion (over Rs10,000 crore) tax claim from the 2006-2007 fiscal year, the company said on Tuesday. 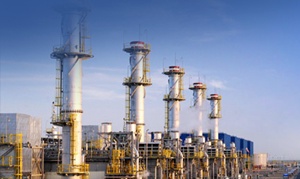 Cairn said it has instructed its lawyers to file a notice of dispute under the UK-India investment treaty in order to protect its legal position and shareholder interests.

''The draft order addressed to Cairn's subsidiary, Cairn UK Holdings Limited, is in respect of fiscal year 2006-7 to the amount of $1.6 billion plus any applicable interest and penalties.

''Correspondence received from the Income Tax Department indicates that the assessment stems from amendments introduced in the 2012 Finance Act, which seek to tax prior year transactions under retrospective legislation. The transactions subject to the assessment are those undertaken to effect the group reorganisation that was required to enable the Initial public offering of Cairn India Limited (CIL) in 2007,'' Cairn said.

The company said since the original contact from the Income Tax Department in January 2014, it has continued to confirm with its tax advisors that it has abided by Indian tax laws throughout its history of operating in India and that the company has been fully compliant with the tax legislation in force in each year and paid all applicable taxes.

''Cairn strongly contests the basis of the draft assessment and the Notice of Dispute is supported by detailed legal advice on the strength of the legal protections available to it under international law.''

The dispute notice was filed under the terms of the UK-India Investment Treaty, which means that the Indian government and Cairn will now start negotiations to find a resolution to the dispute. If no agreement is reached, an international arbitration panel will rule on the matter, Cairn said.

The tax investigation relates to transactions carried out to reorganise Cairn's structure in a way to prepare for Cairn India Ltd's stock market flotation in 2007.

"Against a backdrop of regular engagement with the government of India since January 2014 it is very disappointing to have received a draft assessment order at this time," Cairn chief executive Simon Thomson said in a statement.

The oil company added it did not intend to make any accounting provision relating to the draft tax assessment it has received.

"Cairn has consistently confirmed that it has been fully compliant with all relevant legislation and paid all applicable taxes in India," Thomson added.

The ongoing tax payment investigation has meant that Cairn has been unable to proceed with a sale of its 10 per cent stake in Cairn India Ltd, valued at around $700 million.

"Cairn will seek restitution of losses resulting from the attachment of its CIL stake since 2014," the company said.