Cairn Energy Plc is laying off around 40 per cent of its employees as it feels the financial constraints of not being able to sell $1 billion worth of its stake in its Indian operations and the effects of a sharp reduction in global crude prices on margins. 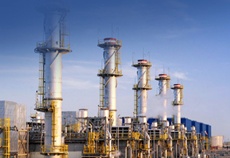 In the first sign of ripples created by the slide in global oil rates hitting employment in the Indian oil industry, sources said that Cairn India on Thursday asked some of its employees to resign and not to report for work from Monday.

The layoff is being done across divisions, including technical and support staff. "The reason being given is there is a slowdown and we cannot sustain it," a company source said.

"Over the past two decades Cairn has delivered returns to its stakeholders. The past few months have brought significant changes in the global oil & gas space. The reductions in crude oil prices have deleteriously impacted the sector globally. While we continue to focus on key projects to deliver on commitment, we are working on resource optimisation to drive efficiencies for value generation," a company statement said.

Major companies, including BP and other explorers, have announced job cuts as they cut down on expansion and delay work on new projects amidst the plummeting of oil prices. Crude prices had fallen by around 60 per cent in a month from a level of $115 a barrel to around 50 per barrel, proportionately reducing the earnings of both oil producers and refiners.

Cairn has also not been able to sell its 9.8-per cent stake in Cairn India to raise funds for its exploration programme as the tax authorities in India have placed restrictions, pending resolution of a tax dispute.

"We didn't have access to capital and so had to do voluntary redundancy," a source said, adding "with this we have completed reorganisation of the company."

Cairn transferred the Indian assets into a subsidiary, Cairn India Ltd in 2006, which was also listed on the stock exchanges and in 2011, it sold a majority stake to Vedanta Group (See: Cairn Energy to sell 40 per cent stake in Indian arm to Vedanta), but continued to hold on to a residual minority interest due to the tax dispute.

Cairn Energy faces tax demand on a potential Rs24,500 crore of capital gains it made in its transfer of Indian assets to Cairn India.

While finance minister Arun Jaitley, during the presentation of the 2014-15 budget in July had said that no new tax demand will be raised using the controversial retrospective tax law introduced in 2008, the I-T department has so far not allowed the transfer of assets. It has ordered Cairn India not to allow the transfer, pledge or mortgage of the UK firm's residual stake.