US cable operator Comcast Corp has approached investment banks to increase a bridge financing facility by $60 billion to table a rival cash bid for the media assets that Twenty-First Century Fox Inc plans to sell to Walt Disney Co for $52 billion. 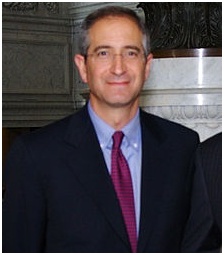 Comcast chairman and chief executive, Brian Roberts
Comcast, which already has a $30-billion bridge loan to finance its bid for a 61-per cent stake in European pay-TV group Sky Plc, is seeking $60 billion to outbid Disney, Reuters today reported, citing three people familiar with the development.
Comcast CEO Brian Roberts plans to table a bid only  if a federal judge allows AT&T Inc’s planned $85-billion acquisition of Time Warner Inc to proceed, the report said.
The US Department of Justice has opposed the AT&T-Time Warner deal over antitrust concerns, and a decision from US District Court Judge Richard Leon is expected in June.
In December last year, Walt Disney signed an agreement to buy the film, television and international businesses of Rupert Murdoch's Twenty-First Century Fox in an all-stock deal worth $52.4 billion, as the US entertainment giant seeks scale to fight growing competition from digital rivals. (See: Walt Disney to acquire 21st Century Fox for $52 bn)
Combining with Disney are 21st Century Fox's critically acclaimed film production businesses, including Twentieth Century Fox, Fox Searchlight Pictures and Fox 2000, which together offer diverse and compelling storytelling businesses and are the homes to Avatar, X-Men, Fantastic Four and Deadpool, as well as The Grand Budapest Hotel, Hidden Figures, Gone Girl, The Shape of Water and The Martian —and its storied television creative units, Twentieth Century Fox Television, FX Productions and Fox21, which have brought The Americans, This Is Us, Modern Family, The Simpsons and so many more hit TV series to viewers across the globe.
Under the deal, Disney will also acquire FX Networks, National Geographic Partners, Fox Sports Regional Networks, Fox Networks Group International, Star India and Fox's interests in Hulu, Sky plc, Tata Sky and Endemol Shine Group.
Fox will separate the Fox Broadcasting network and stations, Fox News Channel, Fox Business Network, its sports channels FS1, FS2 and the Big Ten Network, into a newly listed company that it will spin off to its shareholders.
Rupert Murdoch, who owns a nearly 17-per cent stake in Fox and holds about 40 per cent of the voting power, prefers to be paid in stock rather than cash for the Fox assets, since an all-stock offer will not be taxable for shareholders, Reuters said.
It is not clear how receptive he would be to an all-cash offer, the report added.
A month before Twenty-First Century Fox agreed to sell some of its assets to Walt Disney, Comcast was reported to have approached 21st Century Fox about a possible acquisition, a move that came after reports of Disney's interest in Rupert Murdoch's media empire (See: Comcast approached 21st Century Fox for acquisition: Report).
Comcast, which is not only the largest broadband cable provider in the US, also owns the NBC network, Universal studios and other assets, so a potential merger with Twenty-First Century Fox is not likely to escape the attention of  competition authorities.
MORE REPORTS