Eighteen village councils in Varanasi, northern India, are calling for shutting down of a local Coca-Cola bottling plant, which uses water extracted from the ground. The council says overuse of water by the plant has led to water scarcity in the area, according to an environmental campaign group. 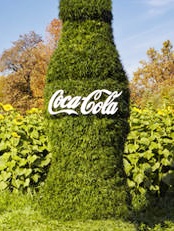 The village councils are reported to have written to the State Pollution Control Board, which granted a licence to Coca-Cola, urging it to cancel its licence for extracting groundwater in the area.

The villages, located in the Mehdiganj area of Varanasi district - the constituency of prime minister Narendra Modi -  claim they had been facing water shortages since 1999 when the plant commenced operations.

''Elected village council heads represent the voice of the people, and they are clear that Coca-Cola is not welcome in Mehdiganj. It is time for Coca-Cola to pack up and leave,'' Reuters quoted Amit Srivastava of the California-based India Resource Center, which is supporting the village councils, as saying.

''Coca-Cola paints a pretty picture of itself internationally as a responsible user of water, but the reality in India is that it exploits groundwater at the expense of the poor, the women, children, farmers and livestock who have to live with less water because Coca-Cola mines groundwater in a water scarce area for profit.''

Srivastava is reported to have cited recent data released by the Central Ground Water Authority which declared Arajiline block, where the bottling plant in located, as ''over exploited'' in 2011.

The development comes at a time when the Indian government had introduced new and more stringent regulations aimed at regulation of the groundwater use by industries, especially, water intensive industries such as beverages, breweries and pulp and paper. The decision to strengthen groundwater regulations follow pressure mounted by activists as also directions from the National Green Tribunal (NGT), India's green court.

The new guidelines to regulate groundwater came into effect on 16 November 2015. The significant addition was to bring existing industries under the purview of the latest guidelines.

Hindustan Coca-Cola Beverages Pvt ltd said a 2012 study by the Central Ground Water Board into a complaint by villagers of ponds, wells and hand pumps drying up found no evidence that the company was responsible.

The report, however, mentioned there was a clear trend of water depletion in seven blocks of Varanasi district and particularly in Arajiline block, where the rate was higher.