Woman at the Helm of Financial Powerhouse Citi 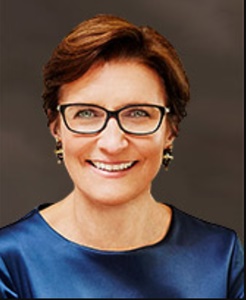 Jane Fraser, currently Citi’s President and CEO of Global Consumer Banking, will succeed Michael Corbat as CEO in February, becoming the first woman to get to the top of a major American bank like Citi.
Fraser has been elected to the board of directors of Citigroup, and will take over from Corbat when he retires from Citi and steps down from its board of directors in February 2021.
As the first female CEO of a top 20 US bank, Fraser now joins the ranks of top women financial executives like Sallie Krawcheck who served as a senior executive at Citi and Bank of America (BAC) during the 2008 financial crisis, Marianne Lake who was chief financial officer of JPMorgan Chase (JPM) in 2012 and Beth Mooney who took over KeyCorp (KEY) in 2011.
Of course, there are even bigger stars in the public sector like Janet Yellen who led the Federal Reserve, the most powerful central bank in the world, from 2014 to 2018 and Christine Lagarde, the president of the European Central Bank.
Fraser’s elevation as CEO is noteworthy since it is the first time Citigroup is handing over reins to a woman.
Jane Fraser has been at Citi for 16 years and has been in her current roles since 2019, but not many outside the bank may identify her with Citi CEO. Insiders know the stuff she is made of.
While Michael Corbat is seen as the architect of Citi’s transformation from bankruptcy to a leaner, stronger and safer institution, Fraser has played important role in bringing up Citi from the fathoms it has fallen.
As John C Dugan, chair of the Citi’s board of directors, put it, “She has deep experience across our lines of business and regions and we are highly confident in her. Jane’s ability to think strategically and also operate a business is a unique combination that will serve our company well.”
Jane Fraser is currently the President of Citi and the Chief Executive Officer of Global Consumer Banking. Her global responsibilities include all consumer businesses in 19 countries, including retail banking and wealth management, credit cards, mortgages and the associated operations and technology.
Before this role, she was the chief executive officer of Citi’s Latin American region from 2015 to 2019. From 2013 to 2015, she was the chief executive officer of the US consumer and commercial banking and CitiMortgage. From 2009 to 2013, Jane served as the chief executive officer of Citi's private bank. Prior to that, Jane was the global head of strategy and mergers and acquisitions for Citi from 2007 to 2009. She joined Citi in 2004 in the corporate and investment banking division. Before joining Citi, Jane was a partner at McKinsey & Company. She started her career at Goldman Sachs in the mergers and acquisitions department in London and then worked for Asesores Bursátiles in Madrid, Spain.
Jane Fraser is a member of the Board of Dean’s Advisors at Harvard Business School, serves on Stanford University’s Global Advisory Council and is a member of the Council on Foreign Relations. Jane has an MBA from Harvard Business School and an MA in economics from Cambridge University. She is married with two children.
Citi will name a new CEO of Global Consumer Banking in the coming weeks.
Citi, the leading global bank, has approximately 200 million customer accounts and does business in more than 160 countries and jurisdictions. Citi provides consumers, corporations, governments and institutions with a broad range of financial products and services, including consumer banking and credit, corporate and investment banking, securities brokerage, transaction services, and wealth management.
MORE REPORTS