The US regulators have ordered a $700-million fine on US banking giant Citibank NA over its illegal practices related to credit cards. 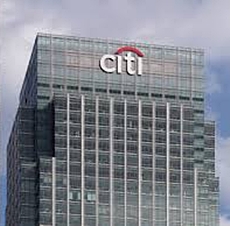 According to a settlement with the US Consumer Financial Protection Bureau (CFPB), and the Office of the Controller of the Currency (OCC), Citibank will refund $700 million to about 8.8 million customers affected by the bank's deceptive marketing, billing and administration of debt protection and credit monitory add-on products.

Additionally, Citibank and its subsidiaries will pay $70 million in civil penalties to the regulators.

The CFPB was created under the Dodd-Frank Act, designed to avert a repeat of the US financial crisis of 2008-2009.

CFPB director Richard Cordray said in a statement, ''We continue to uncover illegal credit card add-on practices that are costing unknowing consumers millions of dollars. In our four years, this is the tenth action we've taken against companies in this space for deceiving consumers.''

The regulators' investigations revealed that Citibank marketed these products deceptively to consumers who did not realise they were both applying for credit card and purchasing debt-protection coverage.

These illegal practices affected an estimated 4.8 million consumer accounts. Citibank will reimburse $479 million to these consumers.

Citibank's unfair billing practices included billing consumers without having necessary authorisation and charging them for benefits they did not receive.

The bank engaged in these practices from 2000 through 2013, affecting about 2.2 million consumer accounts. Approximately $196 million will be paid to the affected consumers.

Besides, Citibank subsidiary, DSNB was charged with unfair collection practices without disclosing the purpose of certain payment fees, which affected 1.8 million consumer accounts. The bank will provide about $24 million in consumer relief to these accounts.

In a statement, Citibank said it cooperated fully with the regulators and has taken extensive steps to address each issue that affected customers.