Citi to settle US mortgage scam probe for $7 bn

Citigroup has agreed to pay $7 billion to resolve a US government investigation into shoddy mortgage-backed securities the bank sold in the run-up to the 2008 financial crisis, reports quoting official sources said. 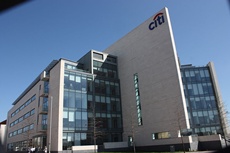 Under the settlement, Citigroup will pay $4 billion in cash to the US Department of Justice, $2.5 billion in consumer relief, over $200 million in penalty to the Federal Deposit Insurance Corporation and nearly $300 million to settle probes in five states.

The settlement, although involves a huge payout in the short term, would lift a cloud over Citigroup, the third-biggest bank by assets in the United States.

Citi had accepted $45 billion in cash under a federal bailout and billions more in loan guarantees, the most of any big bank, following the 2008 financial sector collapse in order to stay afloat.

The government, which had demanded $12 billion to clear the financial mess and threatened to sue Citigroup, decided to settle for $7 billion, ending months of negotiations, sources said.

The $7 billion has surprised both analysts and insiders, who expected Citigroup to resolve the investigations for much less.

Citigroup is the second major bank to settle the dispute since the US authorities initiated investigations into the sale and packaging of toxic home loans, which were at the center of the 2008 financial crisis.

JPMorgan Chase & Co, the largest US bank, last year agreed to pay $13 billion to settle government probes into the mortgages, including by Bear Stearns and Washington Mutual, which the bank acquired during the crisis.

The $13 billion JPMorgan accord comprised a $2 billion penalty to the Justice Department, $4 billion in consumer relief, $4 billion to the Federal Housing Finance Agency, and $3 billion to other authorities.

Citigroup`s penalty to the Justice Department is twice what JPMorgan paid, though it had handled far fewer mortgage-backed securities, because investigators found more evidence of defective loans in the bank's securities and more awareness of the wrongdoing at the time, the sources said.

At the same time, the Citigroup settlement covers the bank's potential exposure for tens of billions of dollars` worth of collateralized debt obligations, the sources said. JPMorgan got no such release in its deal.

Citi had been negotiating a settlement in order to prevent the Department of Justice from filing suit under the Financial Institutions Reform, Recovery and Enforcement Act of 1989, which would have allowed the government to present a criminal case against the bank.

Bank of America Corp also has been negotiating with the Justice Department over similar claims.