Cisco Systems Inc, the world's largest networking gear manufacturer, is close to striking a deal to buy US telecommunications software firm BroadSoft Inc for around $2 billion, Bloomberg reported yesterday citing a person familiar with the matter. 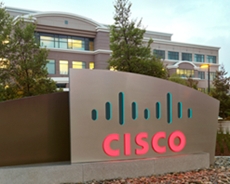 According to commentators, the deal, which comes after Reuters first reported in August that BroadSoft is exploring a sale, would allow Cisco to further diversify away from the switches and routers business, which is going nowhere, by giving the company a stronger foothold in selling unified communications software to big telecommunications firms.

The source added if the deal negotiations were to conclude successfully, Cisco's agreement to buy BroadSoft could be announced today.

According to commentators, with its traditional business of making switches and routers declining, Cisco, like other legacy technology firms, is focusing on high-growth areas including security, the Internet of Things and cloud computing.

They say the BroadSoft deal would be Cisco's second major deal this year after its $3.7-billion acquisition of privately-held AppDynamics Inc in March (See: Cisco Systems to buy software firm AppDynamics for $3.7 bn ).

BroadSoft shares closed at $54.90 on Friday, giving the company a market capitalisation of $1.67 billion.

According to its website, BroadSoft provides cloud communication services to businesses in about 80 countries. It was founded in 1998 by former Alcatel USA vice president Michael Tessler and Celcore executive Scott Hoffpauir, and went public in 2010. Tessler is chief executive officer at the firm.

According to data compiled by Bloomberg, San Jose-based Cisco had announced eight acquisitions in 2017.

Cisco paid $3.7 billion to acquire AppDynamics Inc in March, and in May, Cisco agreed to buy software-based networking startup Viptela Inc for $610 million.