More reports on: In the news, HRD, IT news 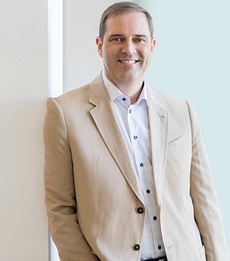 Cisco today announced the appointment of Chuck Robbins as chief executive officer effective 26 July 2015, replacing John Chambers, who will assume the role of executive chairman on that date and will continue to serve as the chairman of Cisco's board.

Robbins, who was Cisco's senior vice president of the Americas, was elected to the board of directors of Cisco effective 1 May 2015.

Chambers has served as CEO since January 1995 and has grown the networking company's revenue from $1.2 billion to $48 billion at present.

''This is the perfect time for Chuck Robbins to become Cisco's next chief executive officer.  We've selected a very strong leader at a time when Cisco is in a very strong position,'' said Cisco chairman and CEO John Chambers. ''Today's pace of change is exponential. Every company, city and country is becoming digital, navigating disruptive markets, and Cisco's role in the digital transformation has never been more important. Our next CEO needs to thrive in a highly dynamic environment, to be capable of accelerating what is working very well for Cisco, and disrupting what needs to change,'' he added.

''Chuck is unique in his ability to translate vision and strategy into world-class execution, bringing together teams and ecosystems to drive results. Chuck knows every Cisco segment, technology area, and geography, and will move the company forward with the speed required to capitalise on the opportunities in front of us. He is a champion of the Cisco culture and has an incredible ability to inspire, energise, and connect with employees, partners, customers and global leaders. Chuck's vision, strategy and execution track record is exactly what Cisco needs as we enter our next chapter, which I am confident will be even more impactful and exciting than our last.''

Robbins joined Cisco in 1997 and has moved quickly through the company's ranks. He most recently served as Cisco's senior vice president of worldwide operations, leading the company's global sales and partner team that drives $47 billion in business for the company. He has helped lead and execute many of the company's investments and strategy shifts, including building the industry's most powerful partner programme, now worth more than $40 billion in revenue to the company each year, Cisco said in a release.

Under him, the company's commercial business segment grew 8% year-over-year last quarter, and now represents 25 per cent of Cisco's total business. He has sponsored the security and collaboration businesses at the executive level and was a sponsor for the Sourcefire and Meraki acquisitions.

As a member of the team that has led Cisco's transformation over the last 3-plus years, Robbins has driven the reinvention of Cisco's sales organization, cementing its place as the envy of the industry, the release added.

''I joined Cisco 17 years ago because I wanted to be a part of a company where I believed the possibilities were limitless. Today, I am even more convinced that Cisco is that company,'' said Chuck Robbins. ''Over the past 20 years, John Chambers' vision and leadership have built Cisco into one of the most important companies in the world; a company fiercely committed to delivering for its customers, shareholders, partners, and employees.

The opportunity that lies ahead for Cisco is enormous, and the ability to lead this next chapter is deeply humbling and incredibly exhilarating. I am focused on accelerating the innovation and execution that our customers need from us. Their success will continue to drive us.  At a time when our industry is on the cusp of more disruption than we've ever encountered, I couldn't be more confident in our ability to win, or more honored to lead this great company.''