Cisco Systems yesterday announced that it would reduce costs by $1 billion and cut 6,500 jobs or approximately 9 per cent of its total workforce, in a restructuring aimed at reviving its sagging business. 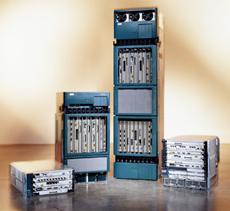 The world's largest networking-gear maker will also sell its set-top box manufacturing facility in Juarez, Mexico, to Foxconn Technology Group and transfer 5,000 employees to the contract manufacturer as part of the deal.

The set-top box manufacturing facility came with the acquisition of Scientific Atlanta in 2006. The California-based company did not reveal what it hopes to earn from the sale to Foxconn.

About 15 per cent of these cuts will be of vice president level and above employees, who will be taking home sizeable early retirement packages.

Cisco estimates that it will take $1.3-billion pre-tax restructuring charges to its GAAP financial results over several quarters, consisting of severance and other one-time termination benefits.