Chevron Corp today said that it is in talks to sell its assets in Bangladesh, as the second-largest US oil and gas company moves ahead with its earlier plan to sell non-core assets amid a global slump in energy prices. 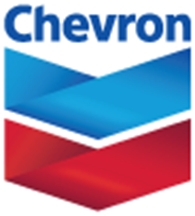 Citing people familiar with the matter, Bloomberg had earlier reported that Chevron is planning to sell natural gas assets in Bangladesh worth $2 billion.

Chevron, through its subsidiaries, operates three fields - Bibiyana, Jalalabad and Moulavi Bazar - under production-sharing contracts with the government of Bangladesh.

In 2015, net daily production averaged 720 million cubic feet of natural gas and 3,000 barrels of condensate. Condensate is liquid hydrocarbon produced with natural gas and sells all the production to state oil company Petrobangla.

Chevron had said late last year that it plans to sell assets worth about $10 billion by 2017, in an effort to weather a global slump in energy prices.

As part of this plan, the California-based company may sell its geothermal assets in Indonesia worth more than $2 billion, and natural gas field assets in Thailand worth arund $500 million.

Chevron, the largest oil producer in the US after Exxon Mobil, is restructuring by selling assets, cutting jobs and delaying drilling projects after oil prices last year fell to the lowest level in more than a decade.

Its Canadian unit sold its Burnaby oil refinery and fuel distribution network in British Columbia and Alberta. This move came a few months after it sold its two gas storage facilities in British Columbia, including Aitken Creek, the largest in the province, to Fortis Inc. for $266 million.