Capgemini refutes reports of lay-offs, says to hire 20,000 in India

IT and consultancy major Capgemini has refuted media reports of plans to lay off 9,000 employees in India, stating that the company instead expects to hire more than 20,000 new team members in India. 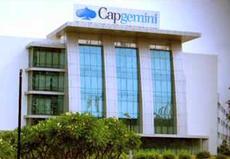 The company said the figures reported in the reports published – including the reference to Igate – are unfounded. ''We have not announced any lay off plan. We expect to recruit more than 20,000 new team members in India this year.''

The company also clarified that its employees undergo an annual evaluation process ''based on strict performance criteria in an objective process, consistent with industry norms, to ensure we are aligned with our customer needs, business priorities, and the overall industry evolution (See: Capgemni seen laying off 9,000 employees in India to hire in US).

''This leads naturally to a varying number of employees transitioning out of the organisation in any given year,'' it added.

Capgemini said the evaluation is part of its commitment to continuously develop talent and build capabilities of its employees to help them stay relevant. ''We continue to accelerate our training programs in 2017 with over 2,000 India employees having already undertaken skilling and emerging technologies training alone.''

Reports citing industry sources on Monday said that French IT giant Capgemni is be planning to lay off 9,000 employees, after earlier reports said that IT major Cognizant is laying off 6,000 of its Indian employees (See: Cognizant axes 6,000 jobs in India, cuts variable pay).

Reports also said that besides Cognizant and Capgemni, there are several other, smaller, firms wanting to let go their employees to appease US President Donald Trump, for business survival in the hostile US environment.

While Cognizant did not explicitly say it has plans to retrench in India and hire in the US, an Economic Times report quoting Cognizant president Rajiv Mehta had said that the company intended to ramp up hiring in the US.

Reports also pointed to Capgemini too coming up with similar plan, even as the French firm said it has plans to hire about 20,000 employees this year.

While India probably is sure to be the biggest loser in new US policy changes, it is increasingly becoming clear as companies like Infosys yield to Trump's pressure to hire more Americans.

Earlier in February, Capgemini India's chief executive Srinivas Kandula had stated that a lot of its employees are not retrainable. "A large number of them cannot be trained. Probably, India will witness the largest unemployment in the middle level to senior level," PTI quoted him as saying at the annual Nasscom leadership summit.

Besides hiring 10,000 Americans in the next two years, Infosys also announced plans to build four technology hubs in the US (See: H1-B review fallout: Infosys to hire 10,000 US workers).

IT leader Tata Consultancy Services (TCS) and Wipro Ltd are yet to spell out their hiring plans although, India is expected to witness the largest unemployment in the middle level to senior level.