Bombardier to cut 7,000 of its global workforce after posting disappointing results

Canadian aerospace and train manufacturer Bombardier Inc yesterday said that it would cut nearly 10 per cent or 7,000 of its global workforce after reporting disappointing financial results. 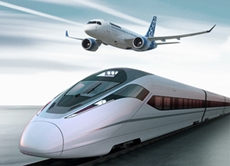 The latest job cuts come a year after the Montreal-based company axed 1,750 jobs in Canada and Northern Ireland.

The 7,000 job cuts out of a total workforce of 71,000, will come from Germany, Canada, Ireland and the UK. The layoffs are almost evenly split between its plane and train operations.

Bombardier said the job cuts will lead to restructuring charges of between $250 million and $300 million, but will be offset partially by hiring in other areas.

Bombardier also said that he decision to optimize the company is based on an in-depth review of the company carried out over the past year where production rates have been modified for some aircraft models due to macroeconomic conditions. As a result, Bombardier is adapting its workforce to meet market demand.

Major aerospace development programs and projects at Transportation, which mobilized numerous employees, are ramping down and Bombardier is resising its manpower to match future workloads.

In parallel, Bombardier intends to hire in certain growth areas like the C Series aircraft program, which will generate new jobs at its facility in Mirabel, Québec. The number of employees directly assigned to the C Series program has increased in the past few months to a total of 3,450 worldwide, and expects to keep growing over the next few years.

Bombardier has struggled to get C Series orders on customer's fears that its debt would hinder it from delivering the planes.

To address those fears, it has raised $2.5 billion from government of Quebec and selling a stake in its train business to Quebec pension fund Caisse de dépôt et placement du Québec.

Bombardier said it had received a firm order for 45 of its larger C Series passenger jets from Air Canada, the country's biggest air carrier and an option to buy a further 45.

The total deal value of 75 planes could reach upto $6.4 billion

It now has 678 orders and commitments for the C Series planes, which will start flying later this year with Lufthansa's Swiss subsidiary.