Canadian aerospace and transportation giant Bombardier Inc has won a contract from Delhi Metro Rail Corp (DMRC) for the supply of 162 state-of-the-art 'Movia' vehicles which will provide the much needed capacity increase on two of Delhi's main metro lines. 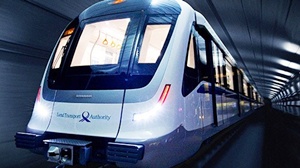 Bombardier Transportation's chief country representative in India Harsh Dhingra said, ''We are pleased to have received this new order for 162 Movia vehicles for New Delhi.

''It is an excellent endorsement of our growing relationship with Delhi Metro who has already awarded us around $1.2 billion worth of rolling stock and signaling contracts,'' Dhingra added.

The new trains will be manufactured at Bombardier's Vadodara unit in Gujarat and the delivery is expected to begin in the third quarter of next year and end in early 2018.

The robust six-car trains can accommodate 1,740 passengers and with an eight-car configuration it can carry as many as 2,400 passengers and will provide a much needed capacity increase on two of Delhi's main metro lines.

With this order, the number of Bombardier Movia vehicles in the Delhi Metro fleet will increase from 614 to 776, making it one of the largest metro fleets in the world.

Bombardier Transportation, a division of Montreal-based Bombardier Inc, is a global leader in rail technology headquartered in Berlin, Germany. The company sells its innovative products and services in more than 60 countries worldwide.

Bombardier Transportation operates a railway vehicle manufacturing unit and bogie assembly facility at Savli near Vadodara. In addition, the company operates a propulsion systems facility at Maneja in Gujarat, a rail control solutions centre near Gurgaon, Haryana and an engineering centre in Hyderabad.

The company said that the high degree of localisation employing around 1,100 people in its facilities is in line with the Indian government's 'Make in India' campaign.