BMW to launch Motorrad range of super bikes in India 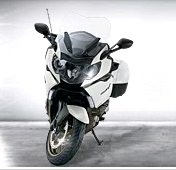 The German luxury carmaker is expected to start selling the flagship S 1000 RR as also the R and K series models in December with prices from Rs18 lakh and above.

The company hopes to sell 1,000 units of the BMW Motorrad in production since 1923, annually, on the back of the new fancy among Indian consumers for super bikes and other top-end, luxury goodies.

The segment has seen demand rise across the country with rising incomes and aspirations as also the declining average age of consumers in a booming economy.

The average car and bike buyer is now 32 years old as against 39 only a decade back.