Global mining giant BHP Billiton's planned demerger of its base metals and coal assets into a new entity to be called South32, will come at upfront costs of $738 million, the miner said in a release yesterday. 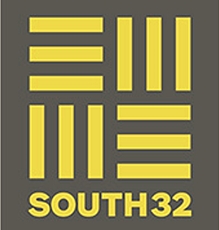 The proposed spin-off has met with mixed reactions from investors and analysts; while some believe that it would maximise shareholder value, others doubt the benefits of the strategy in the light of the details released by the company.

The majority of South32's selected assets are located in Australia and South Africa.

BHP revealed that the total cost of achieving the demerger will be approximately $738 million, comprising stamp duty and cash tax of $339 million, separation costs of $254 million and execution costs of $145 million.

Through the demerger BHP expects to generate annual cost savings of approximately $100 million, with 90 per cent of this saving achieved by the end of 2017 financial year.

A one-off restructuring cost of $55 million is expected to be incurred in connection with implementing the organisational changes required to achieve these savings.

South32 will incur additional costs of $60 million per annum associated with operating as a stand-alone listed company, which are expected to be outweighed by the ongoing savings.

The new spin-off will have a net debt of $675 million, less than what most analysts had expected. The company plans dividend payouts of 40 per cent of underlying earnings.
A shareholders' meeting is scheduled to be held on 6 May to decide on the proposed spin-off.

''I think it's a phenomenal offer to shareholders, really, and quite a unique value proposition,'' BHP's chief executive Andrew Mackenzie said.

''Having assessed a number of alternatives, the BHP Billiton board considers the demerger to be the preferred approach to achieving simplification of our portfolio and maximising shareholder value. The board unanimously recommends that shareholders vote in favour of the demerger,'' BHP chairman Jac Nasser said.

One of BHP's major shareholders, the Australian Foundation Investment Co (AFIC) as well as some other fund managers favour the demerger telling that the debt level and the dividend policy were attractive.

''There's been plenty of examples of companies spinning off divisions that were a bit unloved and when they get a bit more oxygen they seem to do well. The things we've been hearing are positive; we like the low debt level especially.'' AFIC managing director Ross Barker commented.

The proposed demerger will simplify BHP's current portfolio of 41 assets across 13 countries in six continents to 19 assets across eight countries and three continents primarily focusing on its core businesses in petroleum, copper, iron ore, coal and potash.

This includes the Worsley alumina refinery, the Cannington silver, lead and zinc mine, Australia manganese, and Illawara coal in Australia; coal, aluminium and manganese operations in South Africa, nickel mines in Colombia, and interests in aluminium in Mozambique and Brazil.

Under the demerger, eligible BHP Billiton shareholders will get one South32 share for every BHP share held by them.

South32 will be listed on the stock exchanges of Australia, London and Johannesburg and will have an over-the-counter ADS program in the US.