Global mining giant BHP Billiton, which in August announced plans to demerge $14 billion of its non-core assets into a new mining company, yesterday said the spinoff will be named South32. 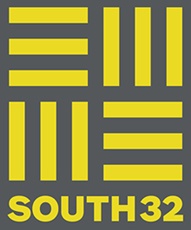 The Melbourne-headquartered Anglo-Australian miner ranks among the world's top producers of commodities such as iron ore, aluminium, coal, copper, silver and uranium. It also holds substantial interests in oil and gas and potash.

BHP's market capitalisation has eroded by around 32 per cent to $132 billion since July due to recent slump in commodity prices.

Prices of iron ore, BHP's major chunk of revenue, have plunged over 45 per cent to around $74 a tonne from $136 a year ago, while crude oil prices have fallen 38 per cent to $66 in the last six months.

Despite the slump, the miner is confident in the prospects of its new spin-off.

The new company's name represents its major assets in the southern hemisphere in Australia and South Africa, linked by the 32nd parallel south line of latitude and the company's regional approach to managing its operations.

Graham Kerr, BHP's current chief financial officer and the chief executive officer elect of South32, said: ''The naming of South32 is a major step in the setup of our company. Our heritage and the places in which we operate are an important part of our identity.''

''The diversity of our employees, commodities, customers and communities will give the new company great strength, which is represented by the woven pattern of our logo.''

Kerr acknowledged that a suggestion from one of the new company's employees was the basis for the name the company has selected as its identity.

''As we move to a regional model and develop a fit-for-purpose strategy, we have the potential to further improve performance. This would enable South32's assets to reach their full potential and benefit our shareholders, employees and communities,'' Kerr said.

The demerger plan remains on track and the company expects to complete the process in the first half of 2015.

A final decision on the demerger will be made after obtaining all necessary third party approvals, including a shareholder vote scheduled in May 2015, BHP said.