BHP to spin off $14 bn of assets; to form new company

Global mining giant BHP Billiton has announced that it will spin off some of its non-core assets to a new metals and mining company which will be positioned to optimise performance and improve productivity more quickly. 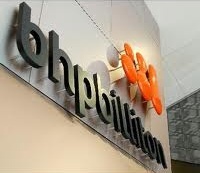 The new company, dubbed NewCo for now, will consist of BHP's less profitable aluminium, manganese, nickel silver and some coal operations. The businesses are valued at approximately $14 billion.

"We plan to create an independent global metals and mining company based on a selection of high-quality aluminium, coal, manganese, nickel and silver assets," Mackenzie said.

BHP said the NewCo will be headed by the company's chief financial officer Graham Kerr. It will be listed on the Australian Securities Exchange (ASX) with secondary listing on South Africa's Johannesburg Stock Exchange (JSE).

The new company will have approximately 24,000 employees and contractors globally.

The demerger is expected to be completed in the first half of 2015, subject to approvals from the company's shareholders as well as from regulatory authorities.

BHP said the spin-off will allow it to focus on core areas including iron ore, copper, coal, petroleum and potash businesses which are expected to retain the benefits of diversification; generate stronger cash flow and superior returns.

Currently, these businesses contribute 97 per cent of underlying earnings before interest, taxes, depreciation and ammortisation (EBITA).

"By concentrating on what we do best, the development and operation of major basins, we can improve our productivity further, faster and with greater certainty," BHP chief executive Andrew Mackenzie said.

News about a possible spin off of BHP's non-core assets surfaced in April and last week the miner said that the company was studying the next phase of simplification of its portfolio including structural options and a final decision would come shortly.

BHP Billiton is the world's largest mining company with a market capitalisation of $174 billion as of March 2014 Financial Times Global 500 list.

The Melbourne-headquartered Anglo-Australian multinational mining company ranks among the world's top producers of commodities such as aluminium, coal, copper, silver and uranium. It also holds substantial interests in oil and gas and potash.

Beside ASX and JSE listings, the company's American Depositary Receipt (ADR) are listed on the New York Stock Exchange (NYSE).

Yesterday BHP reported a 23-per cent surge in its annual profits at $13.8 billion. Revenue for the year was up at $67 billion.

BHP has increased its free cash flow by more than $8 billion with higher production volumes and further cost cutting. The company slashed its capital and exploration budget in 2014 to $15.2 billion.

According to analysts, the demerger is a good strategy and it was an expected move from the company although few are concerned that the new company won't have the diversity and earnings power of BHP.

The company said that the shareholders of BHP Billiton Ltd and BHP Billiton Plc will receive shares in the new company on a pro-rata basis.

The planned spin-off does not include BHP's Nickel West mine in Western Australia, which has been under review since May. Mackenzie said it did not fit with BHP or the NewCo and the company was in talks with potential buyers.

"We continue to talk to interested parties. This is a matter of commercial discussions with several potential buyers,'' he said.