BHP Billiton, the world's second-largest mining company and Australia's highest revenue earner, is weighing spinning off some of its non-core assets into a new $20-billion resources company, according to several media reports. 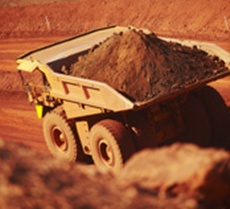 Reacting to media speculation, the London and Melbourne-based company said in a statement to the ASX, "We continue to actively study the next phase of simplification, including structural options, but will only pursue options that maximise value for BHP Billiton's shareholders," an indication that the media reports are true.

Media reports said that BHP Billiton had hired Goldman Sachs as its advisor to work on several strategic options, including a demerger of its non-core operations like aluminum, nickel and bauxite businesses, which have an estimated value of $20 billion.

BHP Billiton, which has a market capitalisation of A$119 billion, had 2013 revenues of $67.83 billion, with iron ore and copper being its biggest and second-biggest revenue earners.

Goldman Sachs has called the strategic options as "Project River", but a demerger is most likely since many miners have recently struggled to find buyers or have been offered low valuation for assets after a drastic fall in global prices for minerals.

Analysts say that BHP Billiton will focus on its key businesses like iron ore, copper, petroleum, thermal coal, and potash, and may spin off its aluminum and energy coal assets in South Africa, nickel, bauxite, manganese, alumina, energy coal and zinc mines in Australia.

''We believe that a portfolio focused on our major iron ore, copper, coal and petroleum assets would retain the benefits of diversification, generate stronger growth in free cash flow and a superior return on investment. By increasing our focus on these four pillars, with potash as a potential fifth, we will be able to more quickly improve the productivity and performance of our largest businesses,'' BHP Billiton said in the statement.

BHP Billiton also noted that it has pursued simplification of its portfolio for several years, and in the last two years it has announced or completed divestments of petroleum, copper, coal, mineral sands, uranium and diamonds assets in Australia, the US, Canada, South Africa and the UK.