BHP Billiton, the world's biggest diversified miner is acquiring Fayetteville shale gas holdings in Arkansas and some of pipeline assets of the second-largest producer of natural gas in the US, Chesapeake Energy for $4.75 billion,  aimed at gaining an entry into the shale gas business. 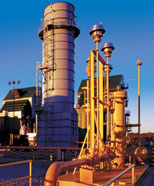 The deal comes after Oklahoma-based Chesapeake sold a 33.3-per cent stake in its acreage in the Eagle Ford gas field in South Texas to China's China National Offshore Oil Corp, in October last year in a deal worth $2.16 billion and a 25-per cent stake in its Barnett shale gas portfolio located in Texas to French energy giant Total in a $2.25 billion deal.

BHP Billiton, which will become the operator of Chesapeake's operated interests in the field, said that the acquisition is consistent with its strategy of investing in large, long-life, low cost assets with significant volume growth from future development.

Chesapeake's Fayetteville shale assets include approximately 487,000 acres of leasehold and producing natural gas properties located in Arkansas. This is the second largest position in one of the largest gas fields in the world.

This acquisition will increase BHP Billiton's net reserve and resource base by 45 per cent. These assets currently produce over 400 million cubic feet of gas per day and include development options that will support substantially higher production over a 40 year operating life.