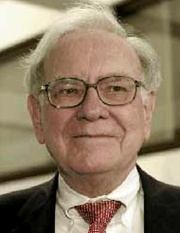 In a rare move by the legendary investor into the technology sector, Warren Buffett's investment arm Berkshire Hathaway Inc yesterday revealed that it holds a more than $1 billion stake in Apple Inc.

The news comes after billionaire investor, Carl Icahn, recently disclosed that his investment firm has sold its entire stake below 3 per cent in Apple due to concerns about competition in China.

In a regulatory filing Monday, Berkshire Hathaway said that it had purchased more than 9.8 million shares in Apple during the first quarter at an average price of about $109 a share.

The total investment was originally worth around $1.1 billion, but Apple's stock price has since then fallen to just above $90 a share after the company posted disappointing results last month due to slowing demand for iPhones.

But Apple's stock, which has lost about a third of its value over the past year, rose by 4 per cent yesterday after Berkshire Hathaway revealed the stake, boosting the iPhone maker's market value by more than $18 billion.

Berkshire Hathaway's stake in Apple is currently worth about $921 million, even after it rose by 4 per cent yesterday.

Buffett had an aversion to investing in technology companies, although he has a small stake in telecom giant Verizon, and recently sold his stake in Verizon rival AT&T.

He also holds more than $11 billion in International Business Machines Corp, but IBM shares have dropped by around 20 per cent since Berkshire Hathaway acquired the stake since 2011.

Buffett yesterday confirmed media reports that he has teamed up with Quicken Loans' founder Dan Gilbert to bid for once technology giant Yahoo. (See: Warren Buffett teams up with Dan Gilbert to bid for Yahoo) Most of Berkshire Hathaway's holdings are in consumer and financial stocks, so betting big on Apple has come as a surprise to his fans.

Although Apple's stock is trading cheaply, the company has a massive $233 billion in cash, which can be used to buy back stock and boost dividends, according to analysts.