Warren Buffett set off speculation about his successor afresh on Saturday, by reiterating that Berkshire Hathaway Inc's board had the ''right person'' for the job but stopped short of naming the executive in the company's annual report, Bloomberg reported. 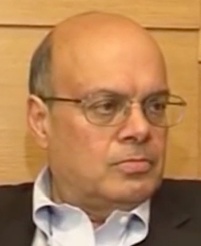 He identified Ajit Jain and Greg Abel -- as examples of ''world-leading'' executives who were in some ways better than Buffett.

Given the legendary status of Warren Buffett, investors, traders, analysts and many who are interested in stock market investing across the world have been speculating on possible successors to Buffett at Berkshire Hathaway.

The list of such possible replacements once included even Microsoft founder Bill Gates, also a director of Berkshire and a close friend of Buffett.

According to Jeff Matthews, an investor and author of books on Berkshire, including one on succession, "Charlie just brought the two guys out to the balcony of the Kremlin and had them wave to the crowd. He would not have done it if he did not have a reason."

Jain, 63, ran Berkshire's namesake reinsurance operation, which had provided a key source of funds for several decades for Buffett to invest, while Abel, 52, oversaw the energy-utility business (See: Could Buffett's successor be an Indian?).

In 1978 he joined McKinsey & Co and left in 1985 to work on insurance operations for Buffett. Jain is currently the president of Berkshire Hathway Insurance group and is leading Berkshire's Indian insurance venture.

Berkshire Hathway Insurance  increasingly emerged as a place for Berkshire to spend its mounting cash pile on projects and acquisitions that brought in reliable returns.

Meanwhile, thebeaconreview.com reported that Warren Buffett, at a news convention in Bengaluru in 2011, credited Berkshire Hathaway executive Ajit Jain with the smooth functioning of the conglomerate's insurance policy enterprises.

"He loves what he does, he is not searching to just take my position," Buffett then claimed about Jain, who was born in Orissa. "If he was, the board of administrators would most likely put him in there in a minute."

Munger added Jain "under no circumstances exposes Berkshire to dangers that are inappropriate in relation to our means.''

The highest praise for Jain came in Buffett's  2002 letter to shareholders, where he said, "If we ever put a photo in a Berkshire annual report, it will be of Ajit. In colour! If you see Ajit at our annual meeting, bow deeply".