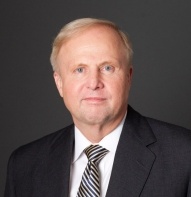 BP Plc has agreed to cut the maximum pay package of its chief executive Bob Dudley for the next three years by about 30 per cen5t to avert a fresh shareholder revolt, reports said citing BP sources.

A Sky News report said Dudley's maximum annual pay over the next three years will be around £12.2m ($15.2m), including his salary, an annual bonus of £3.3m, and a long-term share incentive plan award of £7.4m.

However, he will only receive half his maximum bonus entitlement if the company meets performance targets – as opposed to receiving 150 per cent of his salary previously.

The previous pay package was worth up to 17.4 million pounds, including the matching share awards.

According to the report, Dudley's annual bonus will remain constant at a maximum of 225 per cent of his salary. The framework will also apply to other top BP directors between 2017 and 2019.

BP Plc has agreed to cut about 5 million pounds ($6.24 million) from Chief Executive Bob Dudley's maximum pay for the next three years in a bid to avoid a shareholder revolt, Sky News said on Monday, citing people briefed on the matter.

Shareholder have been opposing high executive pay since last April, when a majority of investors in BP voted down the oil company's plan to pay Dudley a £15.74 million ($19.6 million) remuneration package, reflecting outrage over the proposed remuneration after the oil company posted losses.

The company has returned to firmer footing after the Gulf of Mexico oil disaster wiped out its market value and forced it to sell off billions of dollars worth of assets so it could pay fines and compensation.

BP's profits doubled in the final three months of 2016, helped by cost cuts and an increase in oil prices.

The change is expected to be outlined in BP's annual report due to be released later this week.