US Supreme Court rejects BP's appeal on payments to businesses

The US Supreme Court on Monday declined to block payments BP was required to make to businesses demanding compensation for the 2010 Gulf of Mexico oil spill as the company fought a lower court ruling. 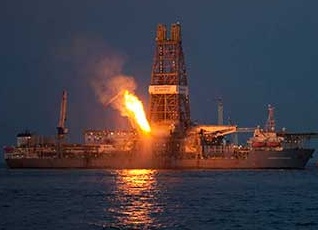 The high court turned down the emergency application, the company filed on 28 May after the New Orleans-based 5th US Circuit Court of  Appeals lifted an injunction preventing payments as the case was being decided

According to Geoff Morrel, spokesman for the company, BP still planned to seek Supreme Court review of the appeals court ruling on the overall case.

He added, the company continued to believe that the lifting of the injunction suspending the payment of business economic loss claims would allow hundreds of millions of dollars to be irretrievably scattered to claimants whose losses were not plausibly caused by the Deepwater Horizon accident.

Lawyers representing the plaintiffs said in a statement that the court action on Monday "will allow businesses to continue to receive the compensation they're rightly entitled to according to the objective, transparent formulas agreed to by BP."

The company is seeking to reduce payments over the 20 April 2010, explosion of the Deepwater Horizon drilling rig and rupture of BP's Macondo oil well, which took a toll of 11 lives and triggered the largest US offshore oil spill.

The decision upholds the ruling by the US 5th Circuit Court of Appeals in New Orleans that under terms of the settlement, businesses were not obliged to prove direct harm to claim damages.

The latest decision was "a very strong sign that the Supreme Court will not hear BP's appeal, and if it does that, BP will not prevail on the merits" of the case, www.nola.com reported Loyola University law professor Blaine LeCesne as saying. The ruling today was more likely a penultimate ending of BP's quest to throw out the settlement, LeCesne added.

According to LeCesne, if BP continued its appeal, the company could see all of the business claims processed and paid out by the time the Supreme Court took up the case, if the court did so at all.