British oil giant BP Plc has decided against selling its US wind farm business after the bids failed to come up to its expectations. 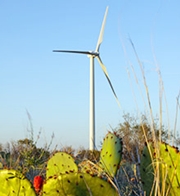 "We didn't find an offer that we thought was the right value, our feeling is that the business is more valuable to us than to others. We had a number of bids, but we decided now is not the right time to sell,''  a company spokesperson told Reuters,  based on the guidance circulated by management at the end of last week.

BP, which closed its solar business in 2011, was to sell 16 operating wind farms in nine US states as well as other projects.

BP owns or has joint ventures interests in 16 operating wind farms in eight US states with a generating capacity of 2,600 megawatts, as well as 2,000 megawatts of wind power projects in the development phase.

Its wind farms currently in operation have nearly 1,500 wind turbines where one megawatt of electricity can power about 200 homes during peak demand.

BP has not put a value of the assets, but analysts expect the sale to fetch between $4 billion and $5 billion.

BP, which has earmarked asset sales worth $38 billion after its massive oil spill in the Gulf of Mexico in 2010, is slowly moving away from the unprofitable renewable energy business to focus on the more lucrative oil and gas business.