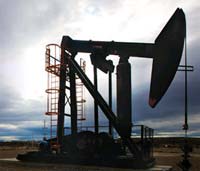 "We are still working on the deal," an unnamed Cnooc official told Dow Jones Newswires.

Cnooc last week said it still has not received "certain regulatory approvals" for the deal - the deadline for which expired yesterday.

Beijing-based Cnooc had said last month that the deadline for getting approvals was 1 November, after which either party would have the right to terminate the deal, "unless all parties agree otherwise to an extension of time," while BP said that both parties are working towards securing the necessary regulatory approvals and expects the deal to be finalised in 2012.

PAE is involved in the exploration, development and production of oil and gas and has interests in the Southern Cone region of South America. The company's main interests are in Argentina, where it is the second largest producer of oil and gas.