The accidental explosion that occurred on 20 April on BP's Deepwater Horizon rig caused the spillage of approximately 4.9 million barrels of crude oil into the Gulf of Mexico resulting in colossal damage to the environment and inhabitants of the region.

''The purpose of the escrow account was to assure those adversely affected by the spill that we indeed intend to stand behind our commitment to them and to the American taxpayers,'' said Bob Dudley, CEO of BP's Gulf Coast Restoration Organization.

''Establishing this trust and making the initial deposit ahead of schedule further demonstrates our commitment to making it right in the Gulf Coast,'' Dudley added.

The account will be administered by two newly-appointed trustees including John S Martin, former US district judge for the southern district of New York and Kent Syverud, dean of the Washington university school of law.

Citigroup will serve as corporate trustee and paying agent for the account, and the cheques drawn on the fund can be encashed free of charge at 160 Whitney National Bank branches across the Gulf Coast region, BP said. 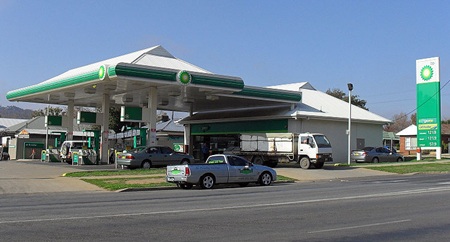 According to BP estimates, the oil spill has so far cost $6.1 to the company. It has risen by over $2 billion since the company's previous estimate of $3.95 billion three weeks ago. BP said that around 30,800 people are working on the spill response and to date, skimming operations have removed 826,000 barrels of oily liquid.

Further to the negotiations held with the US government, BP has agreed to create a $20 billion escrow account to resolve the oil spillage related claims.

BP said that it will further contribute $2 billion in the fund in the fourth quarter of 2010, and thereafter, $1.25 billion will be deposited every quarter until a total of $20 billion is reached.

US department of justice attorney general Tom Perrelli said in a statement yesterday: ''We are pleased that BP made an initial contribution and has taken an important step toward honouring its commitment to the President and the residents and business owners in the Gulf region.''

''We have made clear that the company still needs to ensure that the necessary funds will be available if something happens to the subsidiary that established the trust and we look forward to completion of an appropriate security arrangement in the near future," the attorney general continued.

Of late, the oil major has been resorting to selling of assets to raise funds to cover the Gulf of Mexico spillage clean-up costs. Last week the company agreed to sell its Colombian assets for $1.9 billion. (See: BP to sell Colombian oil assets to Ecopetrol, Talisman for $1.9 billion).