After trying various methods to clean up the oil spill at the Gulf of Mexico, British Petroleum (BP) has turned to a highly unlikely source, Hollywood actor Kevin Costner-funded technology firm to not only clean up the mess but also separate oil from the water. 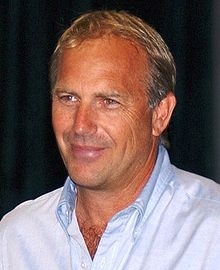 After seeing the effects of the Valdez spill in Alaska on TV, Costner put in $24 million of his money in 1995 to fund a team of scientists, including his brother Dan Costner, also a scientist, to develop a technology that could deal with huge oil spills.

BP tested the machine in New Orleans last month, which had thenfailed to work because the oil had become thick due to the effects of the dispersants sprayed on the spill.
But after the machines were adjusted to handle the thick oil volume, they worked perfectly.

Doug Suttles, chief operating officer for BP said in a statement, "We were confident the technology would work but we needed to test it at the extremes. We've done that and are excited by the results. We are very pleased with the results and today we have placed a significant order with Ocean Therapy Solutions and will be working with them to rapidly manufacture and deploy 32 of their machines."

Last week BP signed a letter of intent with Ocean Therapy Solutions, a company co-owned by Kevin Costner to deploy 32 centrifuge machines to assist in the cleanup of oil in the Gulf of Mexico.

In a testimony before the House of Representatives' science and technology committee, Kevin Costner told the panel about the challenges he faced bringing the technology into industrial use and urged committee members to legislate that oil rigs be required to have mitigation equipment onsite.

''We've legislated life preservers. We legislated fire extinguishers,'' Costner said. ''We legislated lifeboats and first aid kits. It seems logical that as long as the oil industry profits from the sea, they have the legal obligation to protect it, except when they find themselves fighting for life and limb.'' 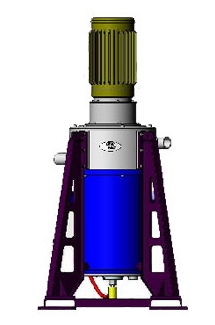 Just one of the company's V20 machines can clean up to 210,000 gallons of oily water per day. There are 3 V20 centrifuge machines currently operational in the Gulf. Ten more should become operational within weeks.

The centrifuge machines are sophisticated centrifuge devices that can handle a huge volume of water and separate oil at unprecedented rates. The machines are taken out into the spill area via barges, where they can separate the oil and water.

The machines come in different sizes, the largest of which, the V20, can clean water at a rate of 200 gallons per minute. Depending on the oil to water ratio, the machine has the ability to extract 2,000 barrels of oil a day from the Gulf. Once separation has occurred, the oil is stored in tanks. The water is then more than 99 per cent clean of crude.