The Department of Telecommunications (DoT) has approved the merger of Bharti Airtel and Telenor India, 15 months after Indian market leader Airtel announced its decision to acquire the Indian operations of Norway's Telenor. 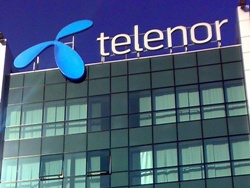 On 23 February 2017, Telenor announced that it had entered into an agreement with Bharti Airtel Ltd, whereby Airtel would take full ownership of Telenor India. The DoT approval clears the last hurdle in the deal.
It also marks the exit of Telenor from India, where it a rough journey since its entry in 2008. The company was first impacted by the 2G spectrum scam and then the entry of Reliance Jio, which triggered a consolidation spree in the telecom sector.
All customers of Telenor India would become part of Airtel, which will get 43.4 MHz of spectrum in the 1,800 MHz band from Telenor.
This comes a few days after the Supreme Court dismissed DoT’s petition against telecom tribunal TDSAT, which asked the government to clear the merger without insisting on a bank guarantee of about Rs1,500 crore from Airtel for one-time spectrum charges for holding of spectrum beyond 4.4 MHz.
DoT was asking Airtel to submit a bank guarantee as one-time charges for spectrum before its approval to buy Telenor's India operations. Another Rs 200 crore was also demanded by DoT for the deferred payment of spectrum held by Telenor, which was aleady paid by Airtel.
In a notification, DoT said it has transferred all licences and liabilities of Telenor India to Bharti Airtel. "The present merger is taken on record without prejudice to the rights, contentions, remedies and steps which may be taken by the Department, in pursuance of any subsequent orders of any orders, judgements and decisions of Hon'ble Courts/Tribunals in related matters pending in the Bombay High Court, TDSAT and Supreme Court," it said.
Airtel in a statement said as a next step it will begin integrating Telenor India's operations across seven circles — Andhra Pradesh, Bihar, Maharashtra, Gujarat, UP (East), UP (West) and Assam.
Airtel plans to step up investments and aggressively expand its high speed data network across the country over the coming year as part of Project Leap, its network transformation programme, the statement said.
Gopal Vittal, Airtel’s managing director and chief executive (India & South Asia) said, "The acquisition consolidates our market leadership, further strengthens our network portfolio in key markets and will add to shareholder value. We would like to thank all the concerned authorities and stakeholders for granting approvals to this transaction."
"We are pleased with our agreement with Airtel and finding a long term solution to our India business has been a priority for us. I would like to thank the Telenor India team for their relentless and unwavering efforts over the years. To our customers, I would like to thank you for your loyalty and trust in our services," says Sigve Brekke, chief executive officer of the Telenor Group.
This is a win-win for Airtel on spectrum holdings and customer acquisition, as it takes on high competition triggered by the entry of Reliance Jio Infocomm in the sector.
After the deal’s approval, Airtel will formally buy Telenor India in a no-cash deal and take over its spectrum payment dues of about Rs1,650 crore. The deal will bolster its spectrum holding to 979.45 MHz (all bands) and narrow its revenue and subscriber market share gap with the coming Vodafone-Idea Cellular combine.
The deal was already approved by the Securities and Exchange Board of India, BSE, NSE and Competition Commission of India.
As a part of the agreement, Airtel will also take over outstanding spectrum payments and other contractual commitments such as tower lease agreements. The Telenor buyout will give Airtel access to 43.4 MHz spectrum in 1800 Mhz band in seven circles and about 40 million users. The agreement was signed last year in February.
Consolidation is now the name of the game in the Indian telecoms market, with The Vodafone-Idea Cellular merger soon to be approved by the DoT. This would create the country's largest mobile telecom operator, with a subscriber base of a little over 400 million, followed by Airtel with 330 million customers. Vodafone-Idea will lead the market with the highest revenue share of about 37 per cent, followed by Airtel with 32.3 per cent.
Further, Reliance Jio has agreed to buy wireless assets of Reliance Communications while Aircel has filed for bankruptcy. Following the consolidation process, India's telecom industry will be left with three major private players - Airtel, the Vodafone-Idea combine and Reliance Jio, along with state-owned BSNL and MTNL.
MORE REPORTS