The Sunil Bharti Mittal-led Bharti Airtel is in discussions with its arm BAIN BV, which controls the company's African operations, for listing on a global stock exchange. 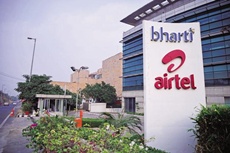 "The board of BAIN has authorised its management to initiate non-binding exploratory discussions with various banks/intermediates to evaluate the possibility/feasibility of listing its shares on an internationally recognised stock exchange," the company said in a press release on Wednesday. The leader in the Indian telecom market has said that the talks are at very early stage and nothing is final as of now.

Airtel entered the African market in June 2010 when it took over Zain Telecom's mobile operations in 15 African countries for $8.97 billion. Bharti Airtel International (Netherlands) BV or BAIN operates as Airtel and is also the holding and subsidiary arm of Airtel India.

Airtel along with other telcos is facing a fierce competition from the entry Reliance Jio in India. The move will help the company shore up its profit margins in Africa.

The operations of Airtel's African business, which had been a drag on its numbers, have started bearing fruit with significant margin expansion and profit consistency over the last four quarters

An analyst report from PhillipCapital states that African operations will give Airtel options to monetise its operations. " Its (Airtel) ability to monetise its African operations would not only provide the company with a significant war chest but would also send a signal to its competition about its ability to sustain low tariffs for longer periods - this, in turn, should stabilise the market faster," the report says.

Another analyst report by BNP Paribas said Airtel could adopt the same strategy that it has for Bharti Infratel, progressively reducing the stake in the business and investing in the core India mobile business.

"Airtel continues to monetise its non-core assets to invest in its India wireless business, in which it is a market leader and in which we see a significant growth opportunity. It has reduced its stake in Bharti Infratel, sold a stake in its digital TV business, sold its towers in Africa and is now considering reducing stake in Africa business through listing," it said.

The margins for Africa business have also improved. In Africa, the focus is on 3G, 4G data and m-commerce (Airtel Money) to boost its growth.

The Indian telecom industry is consolidating into a three-player market and Airtel seems well-positioned to benefit from it. This will require a sizable network investment in the short-term, which is likely to be funded by the asset monetisation initiatives.