India's largest telecom operator Bharti Airtel Ltd, clearly exercised over the entry of Reliance Jio in the market, has urged the Telecom Regulatory Authority of India (Trai) to issue a fresh consultation paper on ushering in tariffs that are non-predatory and heed the rules on interconnect usage charges (IUC) in line with a recent direction of telecom tribunal TDSAT. 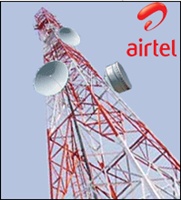 It has sought fresh, transparent pricing norms and rules that will define whether a particular tariff is non-discriminatory, non-predatory and compliant with the principles of IUC.

In a letter dated 8 February, Airtel has sought fresh consultations after a recent ruling by the Telecom Disputes Settlement and Appellate Tribunal (TDSAT) directed the regulator to issue clear guidelines for performing self-checks for consistency with principles of IUC compliance.

The tribunal had on 1 February also directed Trai to issue rules that can be applied ''for ascertaining consistency with principles of non-predation''.

''...the above issues and pricing norms, in respect of which the Hon'ble TDSAT has directed Trai to issue necessary guidelines, have neither been dealt with in any past consultation paper nor have the same been discussed in a open house discussion,'' Airtel's letter to Trai chairman R S Sharma said.

"Since these issues are extremely critical for the sector and have a significant impact on the telecom business and consumers, we request Trai to initiate a fresh consultation paper, seek inputs (as done for all consultation papers), and hold an open house on the same before issuing any guidelines," said the letter signed by Airtel's chief regulatory officer Ravi Gandhi.

These issues are critical, Airtel said, adding that Trai should issue a fresh consultation paper to seek inputs and hold an open house discussion before finalising and issuing any rules.

The incumbent telecoms operators have been agitated since Reliance Jio Infocomm Ltd, which entered the telecom sector in September 2016, announced a 'welcome offer' giving free voice and data for three months starting 5 September 2016.

Jio on 1 December 2016 announced extension of these free services till 31 March 2017 under its 'happy new year' offer.

Incumbent operators had then contended that existing regulations stated that any promotional offer by a telecom operator must be limited to 90 days. Idea Cellular and Bharti Airtel had moved TDSAT, over a year ago against Trai and Reliance Jio on the issue.

During that time, Reliance Jio had written to the regulator contesting the view of its rivals and had said that its free data offer was not predatory as the firm was not a significant market player in the cellular mobile services category.

Moreover, Reliance Jio had also told Trai that the second offer could in no way be construed as an extension of the first as current regulations consider two plans to be distinct even if there is only a minor difference in terms and conditions. The 'Welcome Offer' was a fully free offer, whereas the 'Happy New Year' offer had a different data limit with the option of paying to avail of a higher speed after exhaustion of the said limit, it had contended.

While Trai had then ruled that Reliance Jio's plans were not in violation of current norms, it faced a backlash from rival operators and subsequently issued a consultation paper on Regulatory Principles of Tariff Assessment in February 2017, through which it had sought views on the matter, including which tariff offers should qualify as promotional offers and what should be the features of such an offer.

While TDSAT, in its 31-page order on 1 February, upheld Trai's decision and ruled that Reliance Jio's 'Welcome Ooffer' and 'Happy New Year' offers were IUC-compliant, non-discriminatory and non-predatory, the tribunal had also said that under the current regulatory regime there was no specified period to measure IUC compliance.

''...if such offers continue in some form or the other for a longer period, open-ended provision may make every tariff justifiable, thereby making this provision itself irrelevant. Open-ended provisions also make the verification of IUC-compliance difficult, if not impossible. We therefore direct Trai to issue clear guidelines / benchmarks / methodology for performing self-check for consistency with the principles of IUC compliance,'' TDSAT had said in the order.

IUC is what an operator pays another to land calls on the latter's network. IUC consistency of tariffs implies that the operator should be able to meet IUC expenses on a weighted average basis. Reliance Jio had argued that since its tariff comprised of voice and data services, it will be able to recoup the IUC expenses in a short period after the promotional offers.

TDSAT had also observed that the 'all services free' offer was an extreme form of below-cost tariff and therefore rigorous tests must be applied for regulatory compliance. ''Till Trai issues the required guidelines, we further direct that no 'all services free' offer in any manner will be launched by (Reliance) Jio or any other similarly placed telecom service provider without making written submissions to Trai for self-check for consistency with regulatory principles of non-predation,'' the order said.

The Trai chairman had said in an interview on 4 January that the regulator would soon issue rules that will define whether a tariff announced by an operator is transparent, non-predatory and non-discriminatory.