Bharti Airtel to slash broadband rates by 30% for new connections 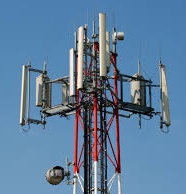 Under the new scheme, called 'Airtel Surprises', Bharti Airtel will also extend a slew of benefits such as higher speed and free additional data, starting today.

The company will provide additional benefits of data or speed for its existing customers as well, he said.

This will offer high-speed internet over 4G technology on a device, which can connect up to 32 points at the same time, at Rs2,500. The service is targeted at Small Office Home Office (SOHO) and home customers, with rental plans starting at Rs995 (10GB).

Airtel, which was the first to introduce broadband services in India in the mid-1990s, is rolling out the scheme across 15 circles or 100 towns where it has Digital Subscriber Line (DSL) operations.

DSL is a technology to transfer digital signals over standard telephone lines. The company will offer speeds up to 16 mbps for its home broadband customers under several plans ranging from Rs599 to Rs1,599.

''We have a contention ratio of 1:1, which means we deliver speeds that we promise. This will bring in more customers, resulting in better revenues,'' he added.

While the scale of 4G services is much smaller than that of Reliance Jio, Bharti Airtel has succeeded in matching its 4G subscriber packs with those expected from Reliance Jio.

Some of the higher value packs include unlimited voice, free downloads of music and other digital content.

Bharti is expected to have 35,000 base transceiver stations (BTS) by the end of the year for its 4G operations, against Reliance Jio's 75,000 BTS at the time of launch.

Bharti, however, will have the early mover advantage and that would steal the thunder from Reliance Jio's launch, expected later in the year.

Reliance Jio, which has already spent Rs1,00,000 crore on its 4G infrastructure, will now have to raise the bar substantially, if it wants to make a splashy launch..

Reliance Jio is now expected to consider other strategies such as handset subsidies and other freebies to win market share.