Bharti Airtel today said it will apply for a payment banking licence, in which Kotak Mahindra Bank hopes to pick up a 19.9-per cent stake. 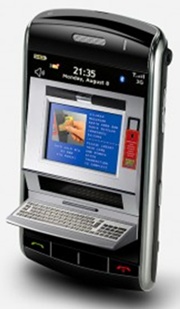 Bharti subsidiary Airtel M Commerce Services is in the process of seeking a Payment Bank licence from the Reserve Bank of India. The last date for such applications is set by RBI at 2 February. The Kotak Mahindra investment will be subject to regulatory approvals.

Gupta further said, ''Bharti Airtel has the technology and physical infrastructure, a well-entrenched distribution network in rural and remote areas of the country and has the largest telecom customer base, coupled with our banking expertise, this clearly is a win-win for both.''

The announcement was made after market hours.

Airtel said it will apply to RBI for the licence, final norms for which were issued by the central bank in November 2014.

Earlier, Axis Bank had said it intends to tie up with a new applicant for a similar application, and was talking to a few interested entities. But Bharti seems the first off the block.

Payment banks are aimed to encourage savings and help with the remittances, although RBI has put a cap on the stake which can be held by commercial banks in such entities.

Existing non-bank lenders, prepaid payment instrument issuers, corporate business correspondents, mobile telephony companies and super market chains have been allowed by the RBI to set up payment banks, which would not be have the entire range of banking services offered by full-fledged banks.

"The RBI guidelines provide an exciting and challenging opportunity for an entity like us to contribute in a meaningful manner to drive financial inclusion," Bharti Airtel managing director and chief operating officer (India and South Asia) Gopal Vittal said.

On the tie-up with Kotak, Vittal added, "Kotak's banking expertise coupled with Airtel's strength in telecom will help deliver financial services to millions of unbanked citizens across the country."

Under RBI norms, those seeking to set up payment banks would need minimum Rs100 crore of capital and fulfill the necessary 'fit and proper' criteria, among other conditions.

The payment banks will initially be restricted to those with a balance of Rs1 lakh or less in their bank account.

They will be allowed to issue ATM / debit cards as also other prepaid payment instruments, but not the credit cards. They can also distribute non-risk sharing simple financial products like mutual funds and insurance products, but non-resident Indians will not be allowed to open accounts.