State-run Bharat Sanchar Nigam Limited (BSNL) will credit six paise into subscribers’ account for every five minutes of voice calls made by customers wanting to join the network at a time when Reliance Jio started charging customers six paise per minute for outgoing calls to other networks - a move that could pull a lot of users out of the Mukesh Ambani-owned telco. 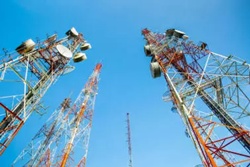 According to the proposal, BSNL will credit six paise as cashback for its wireline, broadband and FTTH customers for every five minutes of voice calling. The move will help the state-run telco stay ahead of competition at time when the government has announced a revival package for both BSNL and MTNL.
The Indian telecom sector is witnessing some major changes now after being in the crisis for closely three years. Ever since Reliance Jio, which entered the telecom market in 2016 with ultra cheap rates for data and free voice with its LTE-only services, pushed incumbent telcos to heavy losses and driving smaller ones to exit the market.
But, now, with Jio raising tariffs for voice calls, rivals Bharti Airtel and Vodafone Idea are now looking to counterattack as the telco is in the backfoot due to the introduction of six paise per minute outgoing call charges.
While its private peers opted to troll Reliance Jio on the social network for its price hike, BSNL is actually subsidising customers in return for making voice calls.
In a press statement, BSNL confirmed that it would credit six paise in the customer’s account for every five minutes of voice calls consumed. All the BSNL wireline, broadband and FTTH customers are eligible to receive cashback from the company.
“In an era of digital experiences, where customers are seeking quality services for voice and data, we want our customers to engage more with our upgraded Next Generation Network, experience the quality of voice call which happens on wireline, and also get incentivised for same,” said Vivek Banzal, director of CFA, BSNL.
Alongside the new cashback initiative, BSNL also announced that it now has an online portal where customers can book Bharat Fibre connection. Furthermore, customers can also reach out to the company’s toll-free number- 18003451500, to place an online request for landline, broadband or Bharat Fibre connection.
For more than two years, Reliance Jio dominated the Indian telecom market with its aggressive offerings. However, Jio’s aggressive approach seems to have ended as the telco has become the leading telecom operator in terms of subscriber base. A lot of Reliance Jio prepaid customers are already migrating to other networks owing to the introduction of outgoing voice call charges. The BSNL offer could attract more subscribers at a time  when BSNL is also said to receive 4G airwaves from the government by the end of year.
MORE REPORTS