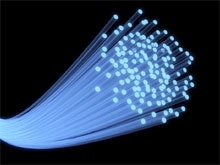 The minister made a video call to R K Mishra, chief general manager, Karnataka circle, BSNL, to mark the start of a huge project that's being undertaken by the state-owned telecommunications company.

NGN technology will provide both fixed line and broadband from same telephone exchange. BSNL is planning to convert 14 million telephone lines with NGN technology by December 2017.

''The next generation network of BSNL will be a big leap towards voice and data convergence and digital progress of India. We must use the NGN network for promoting eHealth, eEducation services in villages, the minister said during the inauguration.

The shift to NGN technology will allow BSNL to come up with plans for close user groups of mobile and fixed line customers all over India, including multimedia video conferencing of a large number of people and the flexibility of transfer of calls from fixed to mobile and mobile to fixed.

The NGN technology will help in the expansion of the Jan Dhan Yojana launched by the prime minister last year, while also helping to achieve more progress in the Digital India and Make in India projects, reports quoted the minister as saying.

The voice call on this new technology will be made available at the same rate at which the fixed telephone is made available by BSNL as on date. However, BSNL would like to charge something extra for video calls.

BSNL is expected to soon reveal the tariff plans for its newly launched NGN services.